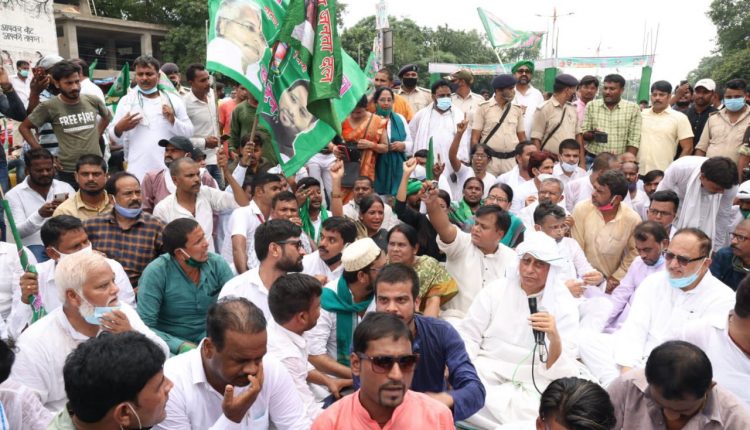 PATNA—The Rashtriya Janata Dal (RJD) which is the main opposition party in Bihar has triggered a new controversy by warning party leaders against wearing jeans during official party programmes. The RJD is headed by Lalu Prasad, former chief minister.

The RJD said it is the party of the poor, have-nots and downtroddens, and hence wearing such dresses would convey a very wrong message among its voters.

But, the party move has come as a severe blow to the new generation of leaders often seen attending the party programmes in western clothing.

“Ours is the party of the poor, farmers and the suppressed. Those wearing jeans pants will never become the leaders,” state RJD president Jagadanand Singh told the leaders.

He made these remarks at a protest programme organised in the state capital on Saturday to protest against the Centre’s failure to hold caste census in the country.

Singh made these comments after he came across a group of young leaders loitering here and there, instead of sitting on dharna. He added that those not sitting on dharna were the RSS workers who, he said, have intruded into their programme.

Further shouting at those young leaders, he asked, “Have you come to shoot the film? If you want to do politics, then sit on dharna and learn to agitate. It’s time for training for young leaders. Our rights have been taken away so we have to fight for a long battle.”

A flurry of protests has gripped the state right since the Centre decided as a matter of policy not to enumerate caste-wise populations other than SCs and STs in the census.