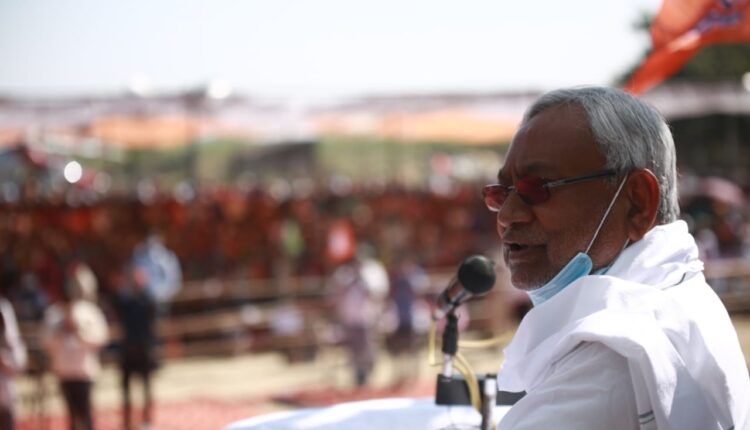 PATNA—JD-U president and Bihar chief minister Nitish Kumar on Thursday used his last weapon in the armoury on Thursday to seek support of the masses—making an emotional appeal!

The chief minister asked the masses to vote for his party saying this was his “last election”.

“Today is the last day of poll campaign, and also this is my last election. All’s well that ends well,” Nitish told an election rally in Bihar’s Purnia district on Thursday.

This is my last election, says Bihar CM and JD(U) Chief Nitish Kumar during an election rally in Purnia#BiharElections2020 pic.twitter.com/vLSL4uQd4v

The announcement comes before the last phase of polling to be held on the remaining 78 seats of Bihar in the third and final phase on November 7.

Nitish has been in active politics for the past four decades but this is for first time that he made announcement about his political future.

The NDA’s CM candidate is facing tough challenge from Grand Alliance’s chief ministerial face Tejashwi Yadav who has promised to give 10 lakh jobs to the youths should his party come to power.