‘This is gift of Susashan on Mother’s Day; never thought this day could be so cruel to me’, says wailing mother of murdered Bihar teenager 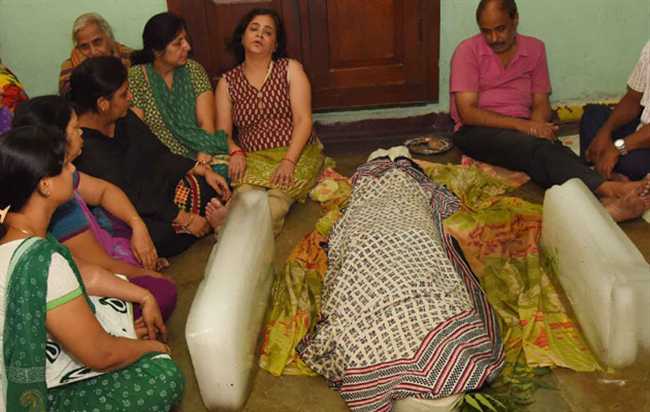 PATNA: The entire world is today celebrating the “Mother’s Day”, recalling the bounties of creators but there is a mom in Bihar who has gone completely inconsolable on this special day.

Yes, we are talking about the mother of teenager Aditya Sachdeva who was killed in cold blood by the son of a ruling party politician just because he had dared to overtake his car. The victim was killed late Saturday night while returning home with his friend on a Maruti Swift car.

“This (killing) is a gift to a mother on ‘Mother’s day’ on behalf of the Susashan (in oblique reference to Nitish Kumar),” cried victim’s mother.

“I never thought that the Mother’s day could be so cruel to me,” he said, sobbing inconsolably.

The incident has put a big question mark over much-taunted claim of Bihar chief minister Nitish Kumar that there is total ‘rule of law’ in the state.

Crying mother, wailing aunties and sobbing sisters indicate all is surely not well with the Nitish Kumar government which was handed out historic mandate to rule the state.

19-year-old Aditya Sachdeva, who was eagerly awaiting his plus two exam result, was shot dead just because he dared to overtake the car of politician’s son identified as Rocky. The victim along with his friends was returning home after a birthday party when killed in what police now say a case of “road rage”.

“During scuffle, my son took out his licensed pistol in defence, by mistake it happened (killing of youth),” accused father Bindi Yadav told the ANI.

Yadav whose wife Manorama Devi is a member of Bihar Legislative Council is alleged to be infamous for his notoriety.

Police have arrested Yadav for questioning but his son is still absconding. Reports said the accused was being escorted by security guard being provided to her lawmaker mother.

Angry protests in Bihar over killing of teenager by lawmaker’s son, accused still out of police reach