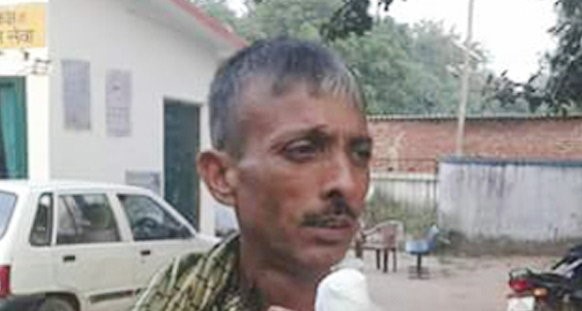 The count has now gone up to four coinciding with the fourth consecutive victory of Nitish Kumar in the elections held since 2005 but that is his style of celebrating former “coronation”!

This may sound weird but the 50-year-old villager from a central Bihar district of Jehanabad has been chopping off his fingers to offer them to the local deities each time Kumar becomes the chief minister.

“I had come in a state of shock after going through media reports which projected a change in the government. But thanks to God, Nitish Kumar has become the CM again,” he told the media on Tuesday.

Sharma says he has his own style of expressing happiness over his leader’s victory.

“Some wear new clothes, others distribute sweets to express joy in their life. I love chopping off my fingers and offering it to the deities to celebrate the victory of Nitish Kumarji,” says Sharma.

So far, Sharma has chopped off four fingers in his left hand coinciding with the victory of Nitish Kumar in the state elections —little finger, ring finger, middle finger and finally index finger.

He began chopping off his finger since 2005 when Kumar won elections for the first time and repeated the same in the next 2010, 2015 and now 2020 after the latter returned to power.

Muslim legislator takes oath in Sanskrit, another refuses to say Hindustan during oath