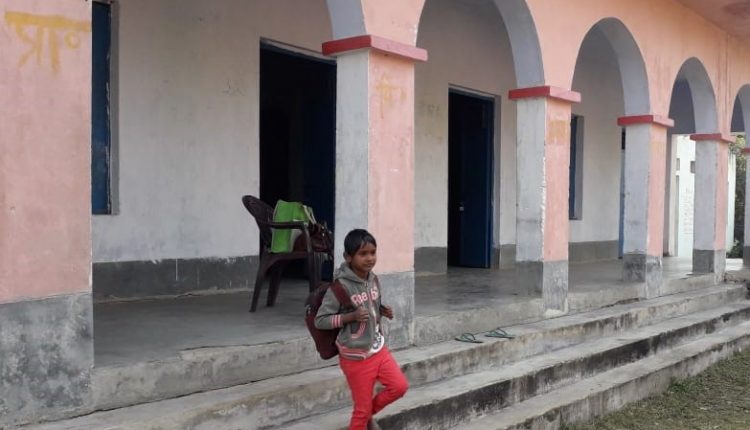 PATNA: A school in the eastern Indian state of Bihar gets opened everyday to teach a privileged student—a poor girl!

Jahnavi Kumari who studies in Grade One is the only student admitted to the five-decade-old government primary school functioning in Gaya district of Bihar which was once famous for massacres.

School authorities said a total of nine students are admitted to this school but it is only Jahnavi who attends the school.

“We are impressed with her concern for study and are devoting our full energy to impart her proper education,” school teacher Priyanka Kumari said.

“Though it give us a boring feeling to teach only a single student in the classroom for seven hours every day, we are happy that she has kept the fire of education burning within her unlike other students,” she added.

As such, Jahnavi has two teachers to teach and a cook to cook the midday meal. In case, the food is not cooked in the school, it is brought from the hotel. Also, this lone girl student has four classrooms, toilet and bathroom available for her.

“What can we do? We complained to the senior authorities about this problem but they don’t listen to us,” school principal Satyendra Prasad rued.

“Yet we are happy that one student has been attending our school daily and that has kept us active,” school principal said.