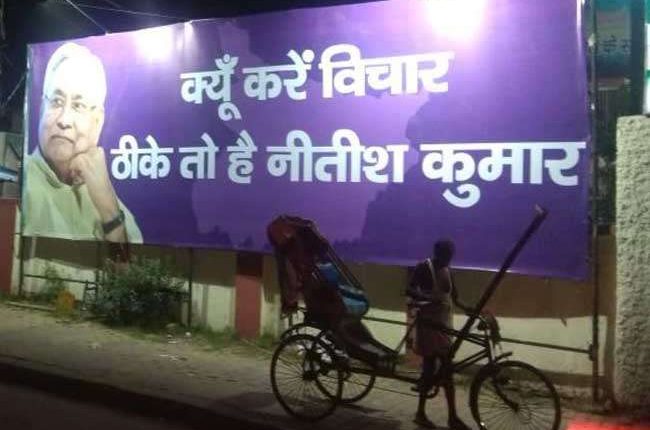 PATNA: A new slogan of the JD-U about chief minister Nitish Kumar has triggered speculations about “leadership change” in Bihar ahead of assembly elections scheduled next year.

“Kyun karen vichar, thike to hai Nitish Kumar (Why to discuss, Nitish Kumar is doing almost good),” read the new slogan of the JD-U which was released on Sunday.

The masses passing through the Veerchand Patel road in Patna were pleasantly surprised when they came across a big hoarding put up outside the JD-U office with the very slogan mentioned over them in bold letters.

Political experts are now wondering why the JD-U was forced to come out this slogan at this time when the next assembly elections in the state are still a year away.

The main opposition RJD reacted sharply to the slogan saying if the slogan is any indication Nitish Kumar has become a “liability” for the JD-U.