The problem of being Lalu: Caught between court, career and ‘callous’ colleague! 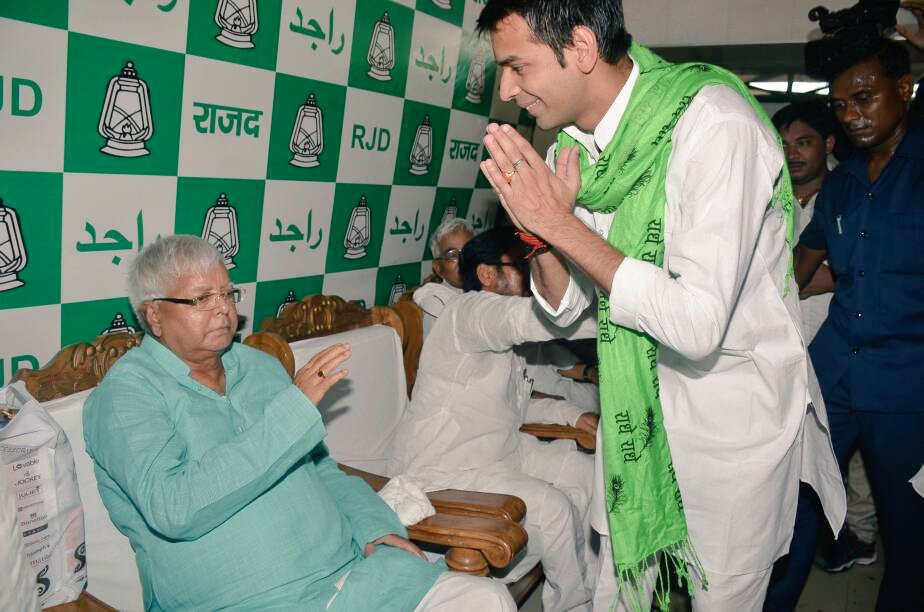 His woes spilled out on Thursday when he made a passionate appeal to the CBI court hearing the fodder scam cases to exempt him from personal appearance for some time to discharge his responsibility on the political front.

“You are not supposed to participate in the presidential polls as you can’t vote. Then, why an exemption is required from personal appearance?” asked the judge.

“Sir, I’m the national president of my party (RJD) who has a greater role to play in the elections. A president has to direct his legislators and hold meeting for chalking out poll strategy. Also, I have to hold a rally on August 27,” Prasad explained after which the court asked him file petition through his lawyer.

The “emotional appeal” amply explains how Prasad faces trouble after the Supreme Court’s ruling to conclude his trial within nine months.

What concerns the RJD president, as such, is the career of his two sons, Tej Pratap Yadav and Tejashwi. Although they are ministers in the Nitish Kumar government, they are yet to be fully settled in politics amid the trouble brewing in the ruling grand alliance.

The repeated revelations by BJP leader Sushil Kumar Modi about how Prasad’s children have been involved in corruption has worried him a lot. Once convicted, they are set to be disqualified from contesting elections like their father and this perturbs Prasad the most.

In his absence, there will be just none to give his minister children a cover, who are already in the firing line of BJP on the one hand and the Income Tax Department on the other.

The RJD chief is already disturbed over the way his political fiend, chief minister Nitish Kumar has turned “callous” these days and refused to support him at this juncture, as per media reports.

That was seen twice in the past one week. First when the chief minister supported NDA’s presidential candidate Ram Nath Kovind and then on GST. Prasad’s party is opposing both.