The Brighter Side: Demonetisation prompts dowry-less marriage in Bihar 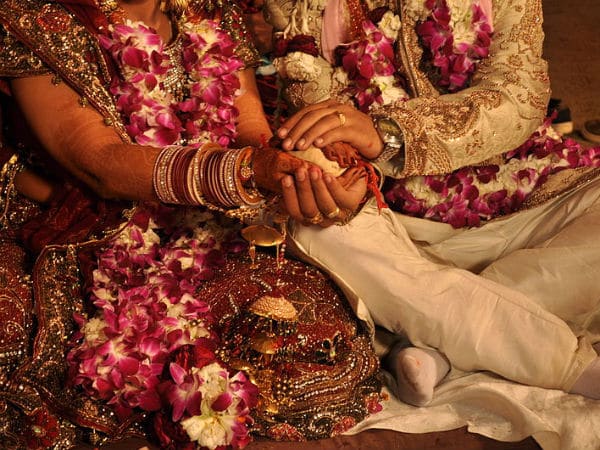 PATNA: The demonetization drive launched by the Narendra Modi at the Centre may have the Opposition constantly stalling the proceedings of the Parliaments blaming it for cash crisis but at the same time it has brought a sort of “social revolution” in the state.

Sounds weird but the Centre’s initiate has indeed prompted “dowry-less”, “less-cash” or simply cashless marriages in Bihar, much to everyone’s surprise.

The common men in the state are now hugely thanking the Centre for taking the unbridled demon of dowry under command by launching implementing demonetization.

In a latest incident reported from Sitamarhi district, a wedding was solemnized for just Rs 11,000 (eleven thousand only) with the entire cost borne was the groom side.

As per reports, the marriage of Mukesh Kumar, resident of Parsauni village in Sitamarhi district, was fixed with Kajal Kumari from Muzaffarpur district.

Just ahead of wedding, however, the bride side sought postponement of date saying they will not be able to welcome guests due to the present cash crunch. The message left the groom side in a tizzy as the invitation cards had already been distributed by then.

The groom side then promised to bear all the expenditure to be incurred on their treatment and solemnization of marriage. Consequently, the marriage was solemnized on the scheduled date on Sunday (4 December) at a hurriedly-erected wedding mandap.

“I had never seen such marriage in my whole lifetime,” remarked Nagendra Prasad, a social activist who was witness to this “ideal” wedding.

Barely two back, another such wedding was solemnized in eastern Bihar’s Katihar district with the entire marriage expenditure of Rs 1,100 (one thousand one hundred).

What was remarkable was that no dowry was paid to the groom side while the guests were only too happy to be treated with just a cup of tea and few laddus (a kind of sweets), instead of sumptuous dish.

Another incident was reported from Patna district where a bank employee had his marriage performed at a Hindu temple with the local rural women joining the event and singing songs.

Only a few members from groom family joined the wedding which was solemnized for barely few hundred rupees!