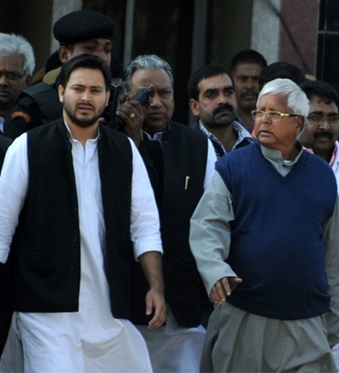 “I will sit before the statue of Mahatma Gandhi and will seek apologies from him for joining the man who later joined the company of his murderers. I will tell him that I was not aware about his real face,” Tejashwi told the media on Wednesday.

Tejashwi has announced to undertake a tour from Mahatma Gandhi’s workplace in protest against what he claims the “murder of people’s mandate”.

The RJD has announced to hold a massive rally in Patna’s Gandhi Maidan on August 27 against the policies of the Narendra Modi government. The RJD plans to invite all the opposition parties at the rally.

“Aab yachna nahin, ran hoga (From now on, there will be no prayers; rather we will launch a war)”, Tejashwi has declared.

He also charged the chief minister with using people. “He (Nitish Kumar) is very good in using people..people don’t want such politics,” he commented.