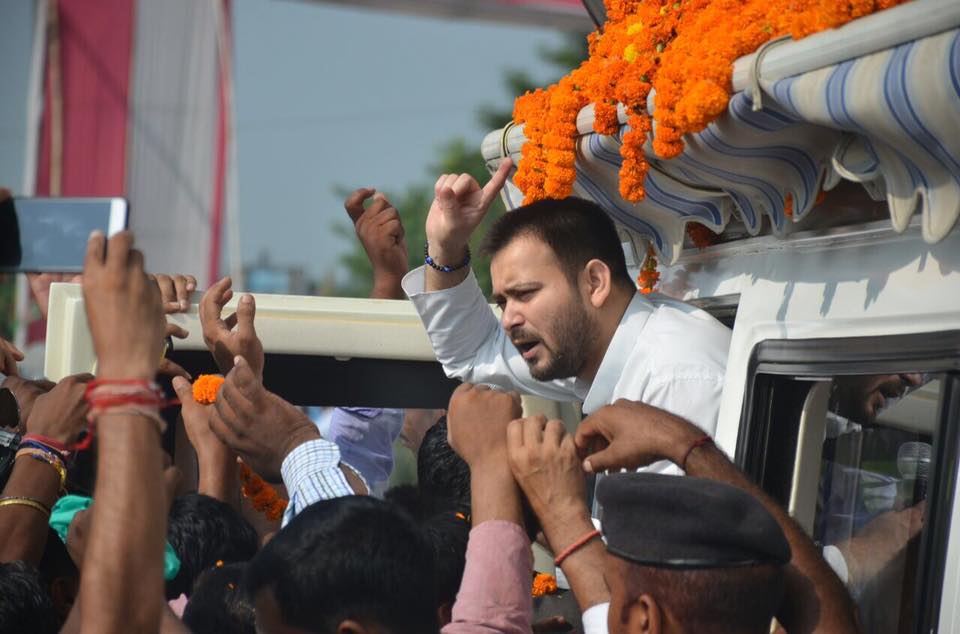 Tejashwi launched the yatra to protest Kumar’s move of forming government with the BJP while the mandate was given to the Mahagathbandhan (Grand Alliance) comprising the RJD, JD-U and the Congress party.

Kumar formed the government with the BJP last fortnight after breaking 20-month-old association with the GA.

“I apologized to Gandhi as I failed to identify the real face of Nitish Kumar,” Tejashwi told a function on this occasion.

He alleged the chief minister began the Champaran satyagrah centenary programme chanting “He Ram” but ultimately joined the company of those crying “Jai Shri Ram”.

He announced to expose the chief minister during the course of his yatra and alleged the person who claimed to make India free from “RSS-BJP” has ultimately sat in its lap.

Will place boards in Dalit villages to expose Nitish’s ‘betrayal of mandate’: Dipankar