Tejashwi interested in bringing sulking Chirag Paswan to his side, makes ‘big offer’ 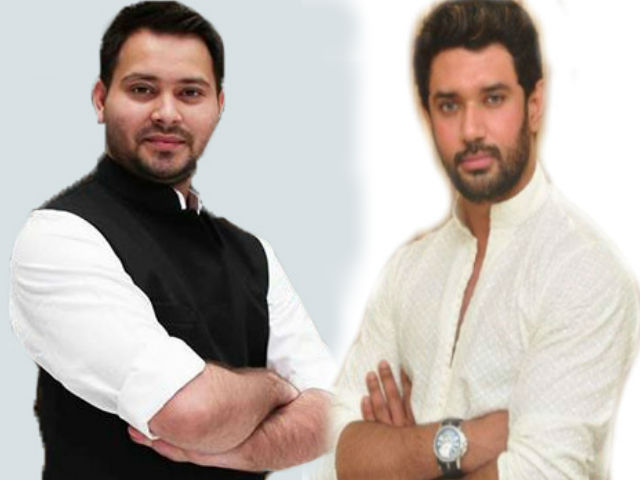 PATNA—RJD leader and Bihar Opposition leader Tejashwi Yadav is said to be quite interested in bringing sulking Chirag Paswan to his side and has reportedly given him “big offer”.

However, it is not known what offer has been given to Chirag who heads the Lok Janshakti Party (LJP).

“We don’t want to talk much over the issue at this stage,” Tejashwi told the media in Patna on Monday.

Stating that LJP president Chirag Paswan has raised the real issues, the RJD leader said the people of Bihar have been bearing the brunt of the kind of politics being followed by the NDA.

Chirag is said to be hugely annoyed at the way his party was being given the raw deal by the JD-U and the BJP in matter of allotting seats.

Angry Chirag has even asked his party workers to be ready to contest all the 243 assembly seats in the state saying the shape of the NDA could change ahead of the upcoming 2020 polls.

His announcement left the BJP in a tizzy. On Sunday, BJP’s Bihar in-charge Bhupendra Yadav rushed to his residence in New Delhi to calm down his tempers and also reportedly promised respectable treatment to the LJP in matter of seats.