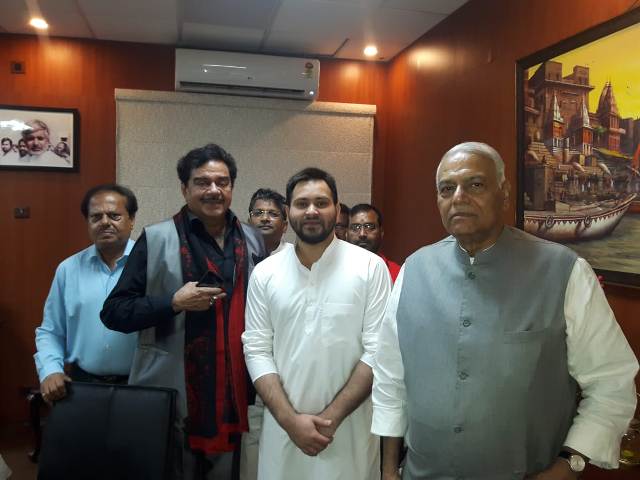 “It was a warm and affectionate meeting as always, with the future, the rising star and the hope of Bihar @yadavtejashwi along with the blessings of elder brother @YashwantSinha Jai Bihar! Jai Hind!” tweeted Sinha most popular as Shotgun, along with his picture with Tejashwi.

The meeting takes places amid reports that Sinha could contest the next Lok Sabha polls on RJD ticket in the event of the BJP denying him ticket. Sinha represents Patna Sahib seat in Lok Sabha.

ALSO READ: WILL CONTEST FROM PATNA SAHIB IN ANY CIRCUMSTANCES, SAYS SHOTGUN

The film actor-turned-politician, of late, has been constantly targeting the Prime Minister Narendra Modi over the controversial Rafale fighter jet deal, terming it as the “grandfather” of Bofors scandal.

while a ten day old company with zero experience in manufacturing aircraft/systems was awarded the contract?
Sirjii, any further delay in answering the burning questions & point to point rebuttal could lead to disastrous effects both during & post elections…

He has been constantly asking the Prime Minister to break his silence and speak the truth.