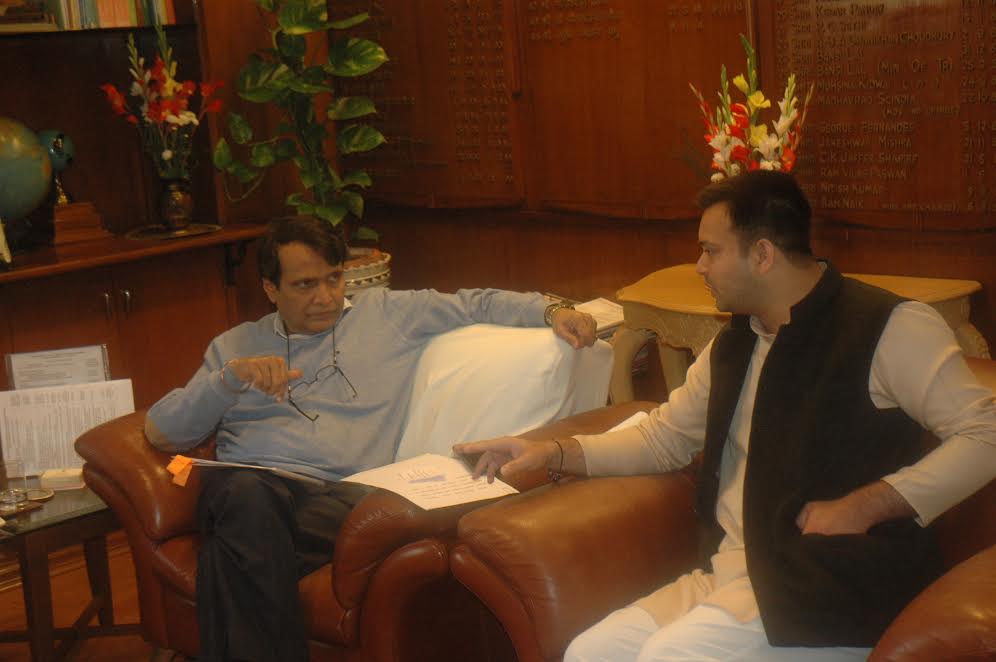 PATNA: Bihar deputy chief minister Tejashwi Yadav called on the railway minister Suresh Prabhu on Tuesday in connection with the construction of 53 Rail Over-bridges (ROB) in the state and urged him to start works on the project hanging fire for long.

The Dy CM reminded the railway minister about how the State Government’s consent for construction of 53 ROBs on SH and MDRs on cost sharing basis in the ratio 50:50 was conveyed in 2010-13 and 2016 but till date neither DPR nor GAD even for a single ROB along with approach road has been submitted by Railways.

Reports said the railway minister informed the Dy CM that the joint survey is under advance stage and the DPR as well as GAD for some ROB is under finalization.

During the meeting, the DY CM also raised the issue of state’s government suggestion for construction of 2 ROBs in Hajipur and 4 ROBs in Chapra district and told Prabhu that the Railways had belatedly agreed to contribute its 50% share for 4 ROBs.

The Railways though rejected the state government’s proposal to bear the 100% cost of construction of ROBs falling on dedicated corridor on State Highway & MDR.