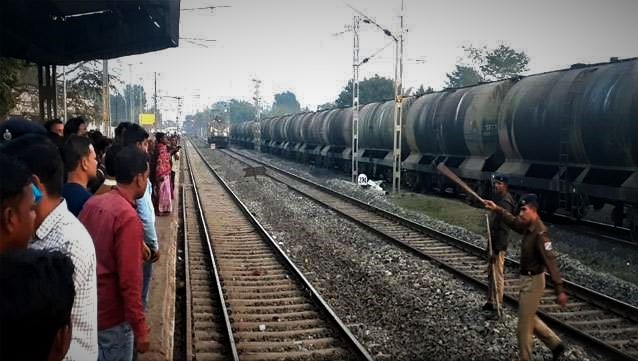 RANCHI—A teenager in Jharkhand was burnt alive after he went atop a stationary goods train at a railway station to take selfies, triggering panic among passengers.

Police said a goods train was stranded at railway station in Ramgarh district on Sunday evening when he went atop it to take his selfies and post them on the social media.

However, he came in contact with the overhead live wire and went up in flames. Within moments, he fell down on the railway tracks, lying dead.

The victim has been identified as Satyam Verma who was a Grade nine student in a local private school.

The madness for selfies has claimed several lives in India and despite repeated warnings and advisories by the governments, youths have refused to mend ways.

‘Sorry Papa, I won’t have washed off this sin even with holy Gangajal…’