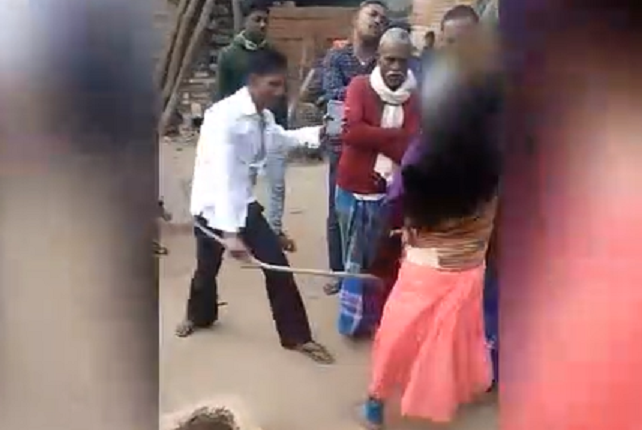 PATNA: Two teenaged girls in Bihar were flogged for falling in love and eloping with their boyfriends.

The incident took place at a village under the Jagdishpur police station areas in Bhagalpur district early this week but came to light after the video of the assault went viral in the social media.

Reports said both the girls were having love affairs with two youths from a neighbouring village for some time.

Witnesses said the family members lost their cool when they revealed they had eloped with their boyfriends.

Without wasting any moment, the family members picked up big bamboo sticks in their hands and began assaulting them mercilessly after giving them a hot chase as the local villagers watched all this.

In the next half-an-hour, the girls tried unsuccessfully to look for cover but the family members gave them a hot chase and continued hitting them badly, showing no mercy on them even as they pleaded for mercy.

The police have begun investigation into the matter.

Tejashwi is decided leader of Grand Alliance and those who oppose are free to quit: RJD