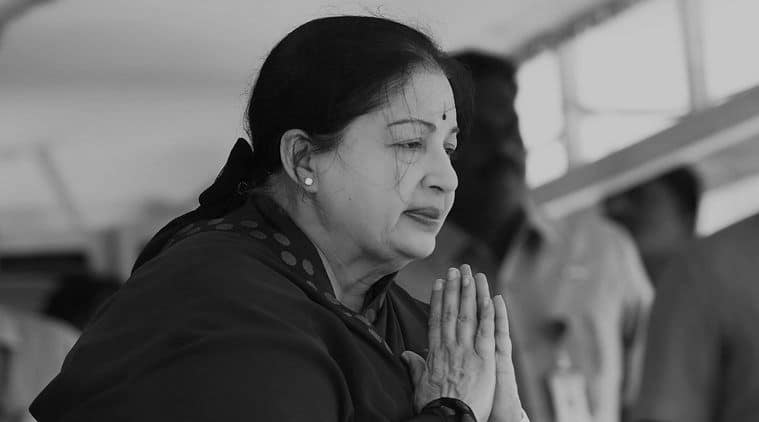 Chennai: Leaving her countless followers heart-broken, Tamil Nadu Chief Minister J Jayalalaithaa,  considered one of the most powerful regional politicians who would also play an instrumental role in national politics, passed away on Monday, Apollo Hospitals and her party the AIADMK confirmed shortly after midnight.

Apollo Hospitals in a release said: “It was with indescribable grief we announce the sad demise of our esteemed Honorable Chief Minister of Tamil Nadu Puratchi Thalaivi Amma at 1130 PM today.”

The AIADMK also confirmed the death of the leader and tweeted: “Our beloved leader, The Iron Lady of India Puratchi Thalaivi Amma is no more.” Jayalalaithaa was 68 when the end came.

State Finance Minister O Panneerselvam, who earlier was the chief minister twice when Jayalalalithaa had to step aside for her corruption cases, will now lead the party in the state assembly.

The southern leader, who was also a top heroine of Tamil film industry before she joined politics full time, was declared dead by the Hospital which said the end came at 1130 pm.

Security has been beefed up across Tamil Nadu as her supporters were restive all day and at one point broke barricades in front of the hospital. Heavy police deployment has been made.

Jayalalithaa was in Apollo Hospital since Sept 22 and then suffered a cardiac arrest on Sunday evening and was put on an extracorporeal membrane heart assist device, a life support system that aids heart and lung functioning.

Jayalalithaa Jayaraman  was born on 24 February 1948 and was fondly referred to as Amma and Puratchi Thalaivi by members in her party.

Meanwhile, political leaders have started sharing their thoughts on the death of the leader.

President Pranab Mukherjee and Prime Minister Narendra Modi joined the rest of the nation in remembering the leader.

“Her life was dedicated to the socio-economic transformation of Tamil Nadu and its people #PresidentMukherjee,” he said.

The President said: “In her passing away, the nation has lost an icon who was loved and admired by millions #PresidentMukherjee.”

“Her contribution to the progress and development of Tamil Nadu will be long remembered #PresidentMukherjee,” read another tweet.

“Deeply saddened at the passing away of Selvi Jayalalithaa. Her demise has left a huge void in Indian politics,” Modi tweeted.

He said: “Jayalalithaa ji’s connect with citizens, concern for welfare of the poor, the women & marginalized will always be a source of inspiration.”

Modi said: “My thoughts and prayers are with the people of Tamil Nadu in this hour of grief.”

He said: “May the Almighty grant them the strength to bear this irreparable loss with courage and fortitude.”

In his last tweet, the PM said: “I will always cherish the innumerable occasions when I had the opportunity to interact with Jayalalithaa ji. May her soul rest in peace.”

Union Home Minister Rajnath Singh said: “Deeply saddened to learn of the demise of Tamil Nadu CM,Selvi Jayalalithaa. She was a powerful voice for the weaker sections of the society.”

She said: “I humbly urge the people of Tamil Nadu and AIADMK to face this big loss with courage and greatness. May she Rest in Peace.”

Cine star turned Congress leader Khushboo said: “Amma will be missed by everyone. You rarely come across someone like her who lived life on her terms.”

“She went away too soon,” she said.