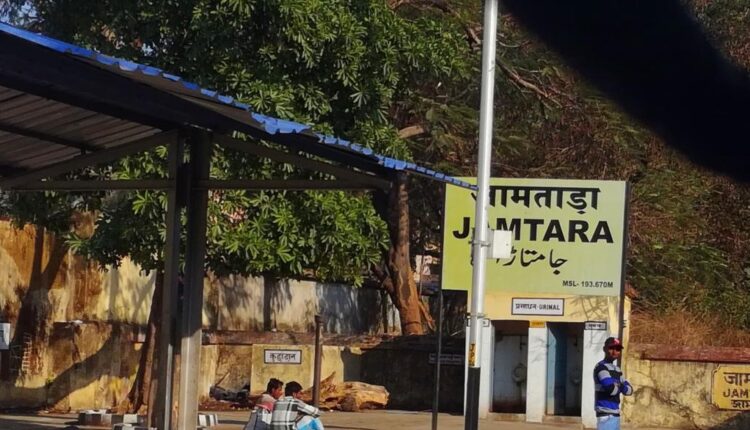 Sounds strange but a technical research team from the United States is said to be very much interested in doing a research on the cyber criminals from Jamtara, a nondescript town in Jharkhand state infamous as the “epicentre” of cyber crime in India.

According to reports, more than fifty per cent of cyber crimes in India are traced back to this sleepy town of Jharkhand.

The US team is said to be interested to know how the partly-literate or school dropouts have been cheating even the tech-savvy guys and the people settled in big cities.

Officials are stunned to find how the gangs of local villagers are using more of digital space to do transactions, buy groceries or books or for social interaction.

“We have come to know the US team is interested in doing research on the cyber criminals of Jamtara but have not received any official communication so far,” Jamtara district superintendent of police Deepak Kumar Sinha told this correspondent over phone today.

He informed more than 70 cases of cyber frauds were registered and 160 cyber criminals arrested in 2020.

“Of late, nature of crimes has changed. Instead of theft, burglary or robbery, cyber crimes have registered a sudden increase since they are the easiest way to make money,” the police official said.

He said Jamtara has been more in the news since cyber crimes started from there but such crimes had now spread to other districts of Jharkhand, such as Deoghar, Giridih and Dhanbad.

The modus operandi of the cyber criminals is simple. According to the police, the cyber criminals make random calls to the people pretending to be bank representatives or someone from the bank’s technical team and ask them to share their credit/debit card number, card verification value printed on the flip side of the card, expiry date, ATM pin, one-time password and other key information after winning their confidence. They seek information on the ground that their credit/debit cards have been blocked.

“Over the past decade, especially since mobile boom, Jamtara’s unemployed youth found working on phones as easy way to make quick money. The place is often visited by the police teams of different states to probe the cyber fraud cases linked to this place,” says Dr Sangita Laha, assistant professor and dean of faculty of National University of Study and Research in Law, Ranchi.

According to a survey conducted by a local university professor, Jamtara has emerged as the hub of cyber crime.

“The Jamtara in Jharkhand has been identified as a new cyber hub for crime. More than 50 per cent of cyber crimes in India are traced back to this sleepy town of Jharkhand,” says Sweta Kumari Barnwal, assistant professor, department of Electronics and Communication Engineering, Arka Jain University at Jamshedpur in Jharkhand.

“Amidst the malnutrition and poverty, smart phones make the world a less unequal place for Jamtara’s youths involved in cycle crime. With more than half of India’s cyber crimes , mostly committed by fraudsters posing as bank managers and traced back to Jharkhand, this belt is clearly digital India’s underbelly,” says Barnwal in her survey report published in 2019.

Police said earlier the local gangs were involved in drugging train passengers to loot their belongings or stealing coals and other valuable minerals that abound in Jharkhand but after mobile boom, the gangs have shifted to cyber frauds to make fast bucks by cheating the gullible villagers and in some cases even tech-smart people.

“Cyber crime has virtually become a cottage industry here,” said a police official wishing not to be named.

“Jamtara is a sleepy town in the tribal region of Santhal Pargana. It still continues to be an obscure town but has gained notoriety as cyber crime hub,” Gauba, a 1982-batch Indian Administrative Service (IAS) officer from Jharkhand, had told a media conference on internal security in June 2018.

“Jamtara—Sabka Number Aayega”, a crime drama web television series revolving around the phishing operations in Jamtara district has already been making waves. The web series directed by Soumendra Padhi and written by Trishant Srivastava was released on Netflix in January last year.