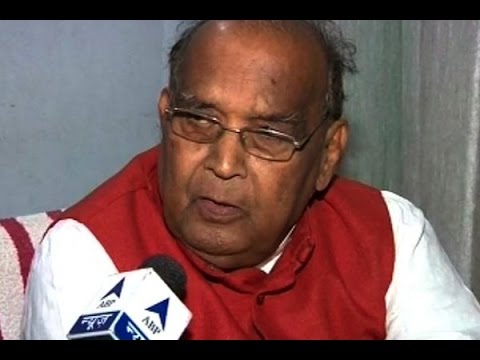 PATNA: A BJP MP today described his senior party colleague Sushil Kumar Modi as the “villain” of Bihar politics and charged him with blocking the entry of chief minister Nitish Kumar to the saffron camp.

“If anyone who is the villain of Bihar politics then he is obviously Sushil Kumar Modi,” alleged BJP MP from Begusarai Bhola Prasad Singh while talking to the media on Monday.

He also accused Modi of turning Bihar into the “killing field” alleging leaders from a particular caste were being constantly targeted by the former.

He also charged Modi with conspiring to block the entry of Nitish Kumar to BJP.

“The BJP has opened a window for Nitish Kumar but Modi wants to shut it. As such, the BJP should open the door for Nitish,” Singh suggested, describing Bihar chief minister as the second leader after former CM late Srikishna Singh who wants to take Bihar to a new height.

“Bihar has got a workaholic leader like Nitish Kumar after a long time. He has no family, has no property. He only wants to take Bihar to a new height,” the BJP MP observed.

Singh also questioned Modi’s threat to disrupt the monsoon session of Bihar assembly saying personal observation could not be the decision of the party.

Modi has announced to disrupt the assembly session over the issue of deputy chief minister Tejashwi Yadav who has refused to resign even after registration of a corruption case by the CBI.

The BJP has been seeking his resignation since he was named an accused in a corruption case but the RJD has made it clear he will not resign.