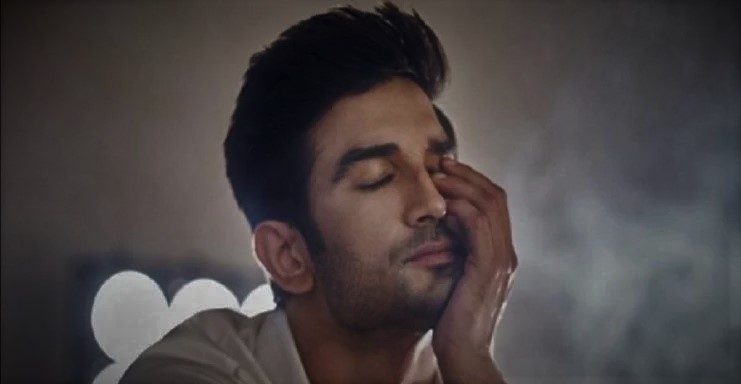 PATNA—Justice for young Bihar actor Sushant Singh Rajput is slowly getting momentum. Sushant ended his life at his Bandra residence in Mumbai in the weekend, leaving his fans shocked and shattered.

On Thursday, Lok Janshakti Party (LJP) president Chirag Paswan demanded a fair investigation into his suicide to give justice to the late actor and bring the culprits to book.

Paswan made the demand for a thorough investigation in a letter to Bihar chief minister Nitish Kumar sent today.

“The people close to him (Sushant) said the actor has become a victim of conspiracy and Groupism in Bollywood. I have been told several top filmmakers had boycotted him for being an ‘outsider’, which prompted him to end his life,” Chirag said in a letter to the Bihar chief minister today. 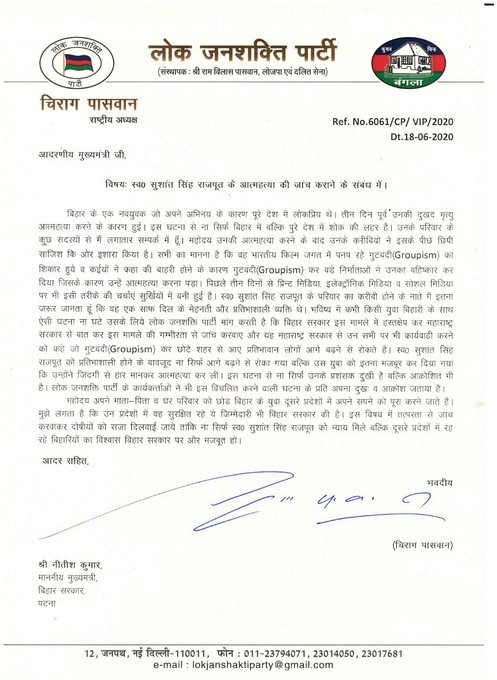 He added the print, electronic and social media carried so many stories over this. “The LJP demands the chief minister to interfere into the matter and ask the Maharashtra counterpart to order for a deep investigation into the matter so that the justice could be delivered to the actor who left us so early,” Chirag said in a One-page letter to the Bihar CM.

The BJP wrote letters to the Prime Minister and the Union Home minister seeking for a CBI investigation in to the circumstances leading to Sushant’s suicide.

State convener of the BJP (arts and culture cell) Varun Kumar Singh said the people across the country are surprised over the suicide of the Bihar actor and want the truth to come out.

The ashes of the actor, in the meanwhile, were immersed in the Ganga in Patna by his family members.