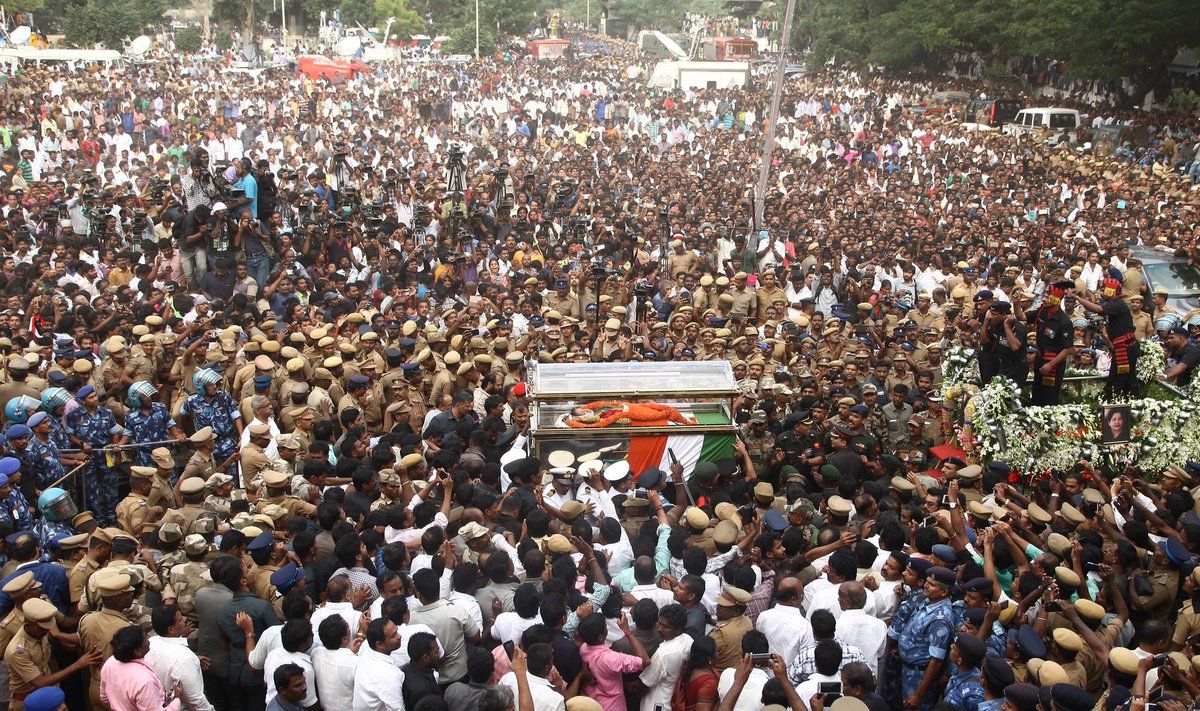 Chennai: A sea of humanity thronged the Marina beach today to pay last respects to their beloved leader Jayaram Jayalalithaa who was laid to rest with full state honour.

Draped in her favourite green colour saree, Jayalalithaa’s body was put in a sandalwood casket before being taken to Marina beach, where she was laid to rest next to the memorial of her political mentor MG Ramachandran.

Though Ms Jayalalithaa was a Brahmin and the rituals followed by the community say their mortal remains should be cremated, a decision was taken to bury her body, media reports said today.

Jayalalithaa’s close aide Sasikala Natarajan performed her last rites at the MGR memorial—home to the mortal remains of Jaya’s mentor and AIADMK founder M. G. Ramachandran, the man who introduced the ‘puratchi thalaivi’ to the world of Dravidian politics.

A sea of people paid homage to the leader as her body was brought to the Memorial from Rajaji Hall earlier.

A six-time Chief Minister, Jayalalithaa, popularly known as Amma among her followers, breathed her last at Chennai’s Apollo Hospitals at 1130 pm Monday after a 75-day long fight. She suffered a massive cardiac arrest on Sunday and finally succumbed after being in life support.