In the past 17 years, 445 unprivileged children have qualified for the prestigious IIT 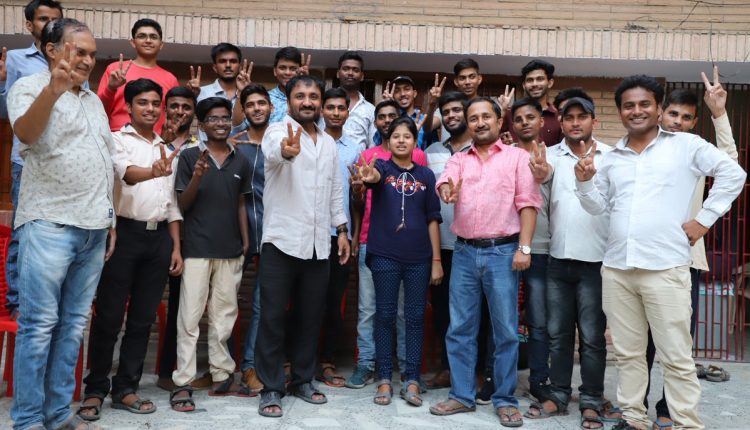 PATNA: “Super 30”, a free coaching institute for unprivileged children run by renowned mathematician Anand Kumar in Bihar, has filled happiness in the life of the poor talented children this time again with a good number of students cracking the prestigious Indian Institute of Technology (IIT) entrance examination.

‘Super 30’ founder Anand Kumar said 18 out of total 30 students made it to the IIT this year.

“Despite all odds, 18 students made it to the IIT…passion and grit again scored over poverty,” Kumar said on Friday soon after the result of the IIT came out.

Apparently impressed by Kumar’s free coaching institute which has helped hundreds of poor children achieve their long-cherished dream of qualifying for the IIT, an eponymous film has also been made on his life. The movie directed by Vikas Bahl is ready for release on July 12.

The movie ‘Super 30’ is based on the true life story of Anand Kumar who was born into a poor family in Bihar. This is in fact the inspirational story of his struggle and achievements and also how one man has brought a remarkable change in the life of unprivileged students who never thought of one among the IITians one day!

In the past 17 years since it came into being, this free coaching institute has helped 445 unprivileged children fulfill their long-cherished dream of cracking the prestigious Indian Institute of Technology (IIT) entrance examination.

Kumar set up the coaching institute in 2002 after his own dream of studying in Cambridge University in Britain crashed through midway due to severe financial crisis in the family. It’s for the kind of his devotion and dedication for the marginalized sections of the society that has earned him huge recognition globally.

Super 30, a highly ambitious and innovative education programme, runs under the banner of the Ramanujan School of mathematics. It hunts for 30 meritorious talents from among economically backward sections of the society and shapes them for India’s prestigious institution—IITs.

Only the selection of students for “Super 30” is said to be the key to the success in the highly competitive IIT-JEE exams such has been the reputation of this institute.

In an exclusive interview with TheBiharPost last year, Kumar had given certain tips to the students seeking success in life but asserted there was obviously no “short-cut route” for success.

Couple tied to tree, beaten up as their son elopes with girl in Bihar