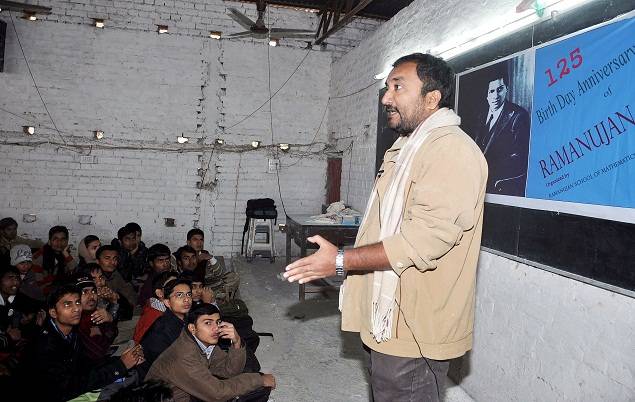 PATNA: A latest move by an IIT panel, approving a proposal for a three-fold hike in annual fees in IITs from the present Rs 90,000, has drawn strong criticisms from the students, parents and coaching institutes alike.

Renowned mathematician Anand Kumar who has earned world-wide laurels for transforming the life of hundreds of poor and unprivileged children through his free coaching institute “Super 30” has strongly protested such move by the IIT panel saying it will spoil the promising career of the poor children.

“The poor children are already finding it tough to pursue studies and the latest move (of the IIT panel to hike its annual fee three-time) will just make their study nearly impossible. It will hugely impact their career,” Kumar told thebiharpost.com over phone today adding the government should instantly interfere into the matter although the IIT is an autonomous body.

“Although the children from the rich families will hardly get affected owing to this fee-hike, garib bachche to mare jayenge (the poor children will get their career virtually blocked),” remarked Kumar whose initiative has found place in several leading international magazines.

Sharing his experience of how the unprivileged children were finding it tough to carry forward their studies, Kumar said he himself had to make several requests to the banks to give loans to the poor children enrolled in his institute.

“You know banks look disinterested in granting loans to the poor. I myself had to make several requests and do ‘pairavis’ to ensure our coaching institute’s children get loan to continue their study further,” he revealed.

Stating that the move is bound to destroy the career of meritorious poor children, he appealed to the government to interfere into the matter without any further delay into the interest of the millions of unprivileged children in the country.

Several parents said the IIT’s move is ‘anti-poor’ which would affect a very large section of the society. “This is surely not in nation’s interest,” remarked Kamleshwari Prasad Singh, a retired electricity board employee.

According to a PTI report, a proposal for a three-fold hike in annual fees of IITs from the present Rs 90,000 has been approved by an IIT panel although a final decision would require the nod of the Human Resources Development Minister Smriti Irani.

When senior BJP leader sang a song for Nitish in Bihar assembly, showing his abundant love…