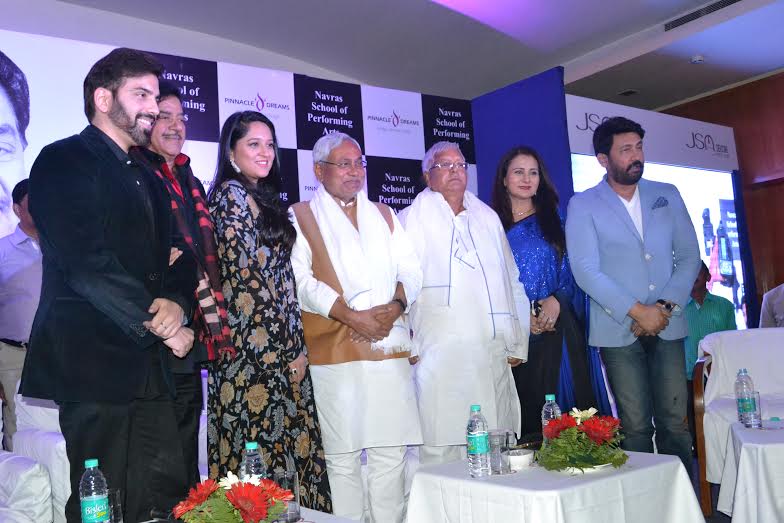 PATNA: There had come a film in the 1980’s whose one song had become quite popular—Bane chahe dushman, zamana hamara, salamat rahe dostana hamara (Our friendship will remain everlasting no matter the world goes against us)…” The movie Dastana starring Amitabh Bachchan and Shatrughan Sinha depicted the unquestionable friendship between the two characters. 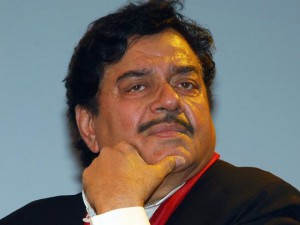 Sinha has always maintained very good relations with both the Bihar leaders going against his party line. This time again he hardly cared what the party would think about him when he chose to invite Kumar and Prasad to release his book in Patna, and quite interestingly, both the leaders used the occasion to hit out at his party, the BJP, as BIhari Babu remained totally ‘Khamosh’ (silent).

Curiously, the book had already been released twice in the past—first it was released in Delhi by LK Advani, whom Sinha describes as his ‘ultimate guru and guide’, in January, and then it was launched in Mumbai by megastar Amitabh Bachchan with whom he acted in many Bollywood films, such as Bombay to Goa (1972), Dost (1974), Kaala Patthar (1979), Dostana (1980), Shaan (1980) and Naseeb (1981).

His friendship with Big B is such that he now wants to see the ‘Star of the Millennium’ as the next President of India. “It will be a matter of pride if Amitabh Bachchan, a cultural icon, is made the President of the country,” Sinha told reporters in Patna on Thursday.

But, the moot question remains here. Why did Sinha choose to release his book at the hands of Kumar and Prasad in Patna when it was already launched twice?

Many people see in it his move to “tease” the BJP which has gone on marginalizing the crowd-puller in the orgnasition. Quite many leaders in the state BJP want Sinha to be expelled at once.

Quite on expected line, the RJD president asked Sinha to “speak up” against his party which has “only exploited you”. “How long you will be ‘khamosh’ (silent)? Please speak up…no risk, no gain” asked Prasad.

Kumar, on the other hand, said his party’s door was always open for him. “Whether you are removed from your party (BJP) or decide to leave it on your own, whatever happens in your political life, we are ready to accept you. Our doors are always open,” the chef minister explained, offering his open support to Sinha although the lather appeared ‘Khamosh’ to their open offer.

“May be he finds himself in a fix as to what to do and what not to do…It could also be a pressure tactics,” quipped a political expert.

Curiously, only two smalltime BJP leaders, Prem Ranjan Patel and Sanjay Singh Tiger attended his function whereas all prominent leaders, such as Sushil Kumar Moid, Nand Kishore Yadav and others stayed away from the event widely publicized in the media.

Sinha, of late, has gone annoyed with the party over various issues and in the just held assembly elections in Bihar, he was not even invited to campaign for his candidates. Well, isolation seems to be now proving ‘unbearable’ for Bihari Babu.

When senior BJP leader sang a song for Nitish in Bihar assembly, showing his abundant love…