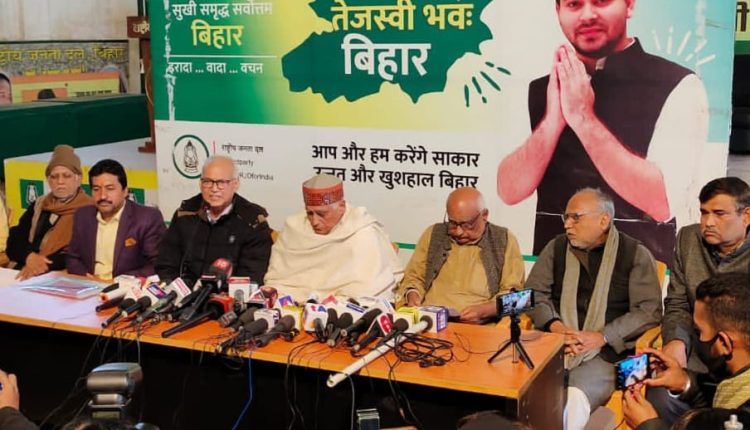 PATNA—Various students’ unions have given a call for “Bihar Bandh” (shutdown) tomorrow (January 28), terming the committee formed by the federal Railway Ministry to look into the concerns raised by the aspirants of alleged irregularities in Railway Recruitment Board’s (RRB) Non-Technical Popular Categories (NTPC) stage 1 exam results as a “hoax”.

AISA General Secretary and MLA Sandeep Saurav, along with others, in a press statement said that the committee formed by the ministry is a “conspiracy” to postpone the matter till the elections in Uttar Pradesh.

The RJD along with the Congress, CPI-ML and CPI has lent its full support to Friday shutdown. The leaders from these partties came together and held a joint Press conference as a mark of solidarity.

“The Grand Alliance is totally against the repression of the students and will lend its full support,” RJD leader Jagadanand Singh declared on Thursday.

“There is no doubt on the questions being raised by the candidates. This massive movement of student youth, who are facing extreme unemployment, has arisen at a time when there is an election in UP. Under the pressure of this, this proposal of the Government and Railways has come and a conspiracy is being hatched to postpone the matter till the elections,” the leaders said.