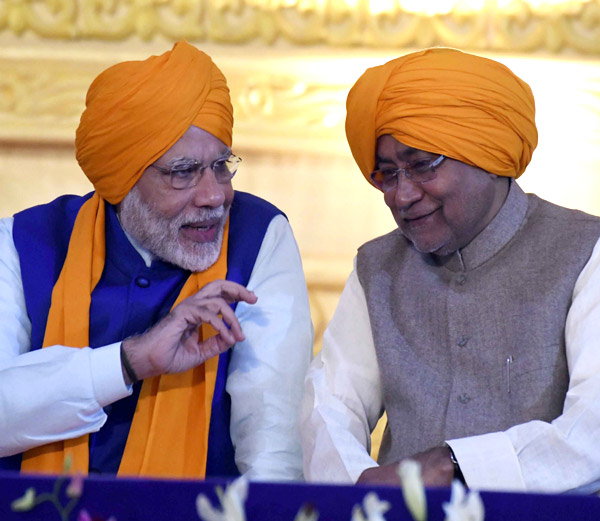 JJ Boillot, a renowned French economist from Centre d’Etudes Prospectives et d’Informations Internationales-France, made these observations while delivering a lecture on “Arthashashtra- the paradox of modernity in ancient time and beyond” on Friday in Patna as part of the silver jubilee celebrations of Asian Development Research Institute (ADRI), an NGO.

“Prime Minister Modi and chief minister Kumar have similar pattern of functioning on issues of development. This similarity is despite the diametrically opposite political views these two leaders subscribe to,” Boillot was quoted in a local daily as saying at the function.

According to him, the policies of both the leaders are people-centric and they are also quite conscious about their morality although their policies have reflections of ‘dominant state”.