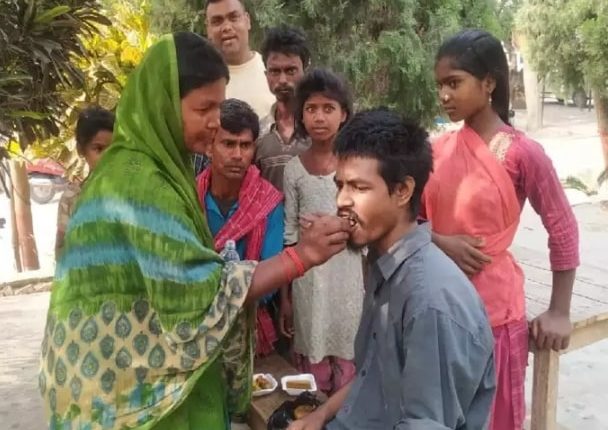 PATNA—A youth from Bihar believed dead long back was reunited with his family well 12 years after he had accidentally strayed into Pakistan’s territory, leaving the entire village burst into celebrations. The youth identified as Chhavi Kumar reached his village on Tuesday after being released from Pakistan jail and handed over to the Indian authorities last week.

Youth’s mother Vriti Devi turned emotional as her son reached his home at Khilafatpur village in Buxur district and hugged her son while wiping his face with the corner of her sari multiple times. “We had performed his last rites thinking he might be dead after he didn’t return home for long,” his mother said.

She added they all were pleasantly surprised after being informed by the local police that he is lodged in Pakistan jail. “But I never thought he will ever return home. I can’t believe he has returned home safe. We are very happy,” youth’s mother said. The family also distributed sweets to the entire villagers to celebrate the occasion.

The youth touched the feet of his mother and all the village elders who had gathered his home to see him and then offered prayers to the land once he returned home. He also tuned very emotional and began crying on seeing the villagers present there in large numbers to welcome him. Officials said the youth is physically fit.

He said the Pakistan authorities initially mistook him as a spy but later their behavior got changed. “They used to give me bread-pulses and biryani to eat,” the youth told the media. His mother said her son looks better than earlier.

35-year-old Chhavi had left his home to catch a train for neighouring Bhojpur district in 2009 to visit his in-laws’ home but mistakenly boarded another train and reached Punjab. Later he accidentally crossed into the Pakistan territory where he was arrested and lodged in Karachi jail.

A twist in the tale came in December last when a local police official contacted Chhavi’s family to inform them that they have received a letter from a man named Chhavi who claims to be a citizen of Khilafatpur in India and is apparently lodged in a jail in Pakistan.

The police official also showed them the photograph of the letter writer to know if they can identify the youth. The family instantly identified the youth and told the police how he had gone missing from his house in 2009.