The tiger is healthy and has been released in the division two of the Valmiki Tiger Reserve (VTR), Battiah, the lone tiger reserve in Bihar.

The tiger was caught from the Chiraiya village in East Champaran district on Thursday evening after being shot with tranquiliser gun twice.

Divisional Forest Officer (DFO), Motihari, Prabhakar Jha said the tiger weighs around 250 kilogram and was healthy when caught. It was so big that the rescue team had to curve its body to put it inside the cage van.

“I have not seen such a smart, gentle tiger in my whole lifetime. It didn’t attack anyone even though it was hungry for two days and had been straying near the dense-populated villages,” Jha said over phone. 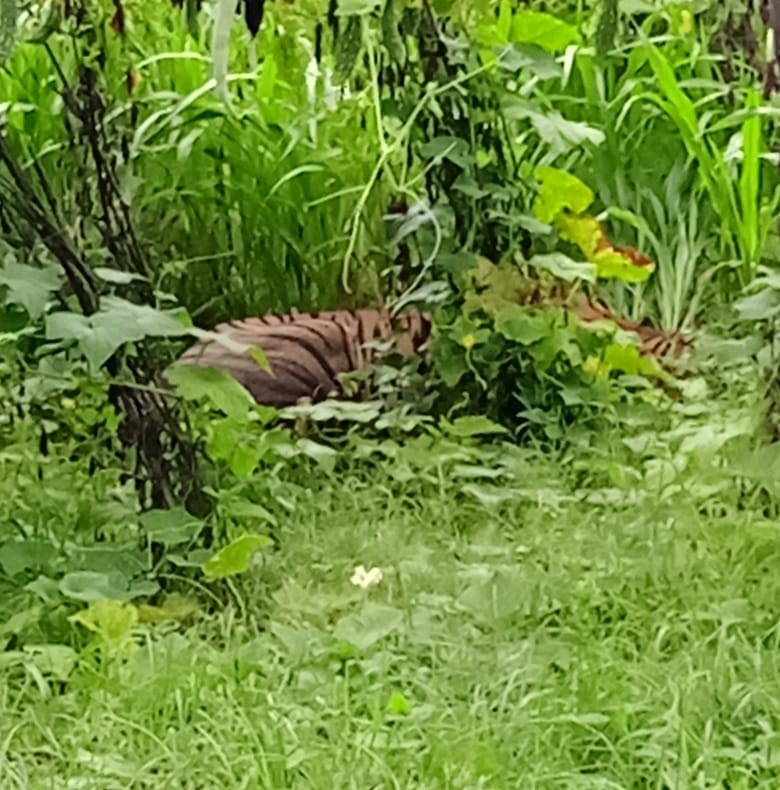 “I stood at a distance of barely 6 feet yet it didn’t show any anger or attacked me; instead it hit inside the bush,” he said.

The tiger was last seen Chiraiya villeage of East Champaran district on Thursday after which it was surrounded by the team of officials and experts.

According to villagers, the tiger was first sighted sitting inside a mango orchard in Pakaridayal block of East Champaran but by the time the forest team reached there, it walked inside busy tracks and maize fields.

In February this year, a wounded tigress which too had strayed from VTR had died a week after being caught by the forest team. The tigress was unable to hunt for animals in the tiger reserve areas since it had grown old and hence would frequently come out of the reserve to prey on the domestic animals to survive.

The VTR which is spread over 899 square kilometres near the Indo-Nepal border in the West Champaran district has been ranked the fifth best tiger reserve in India. According to VTR officials, the number of tigers has now gone up to 37 now from only eight in 2010.