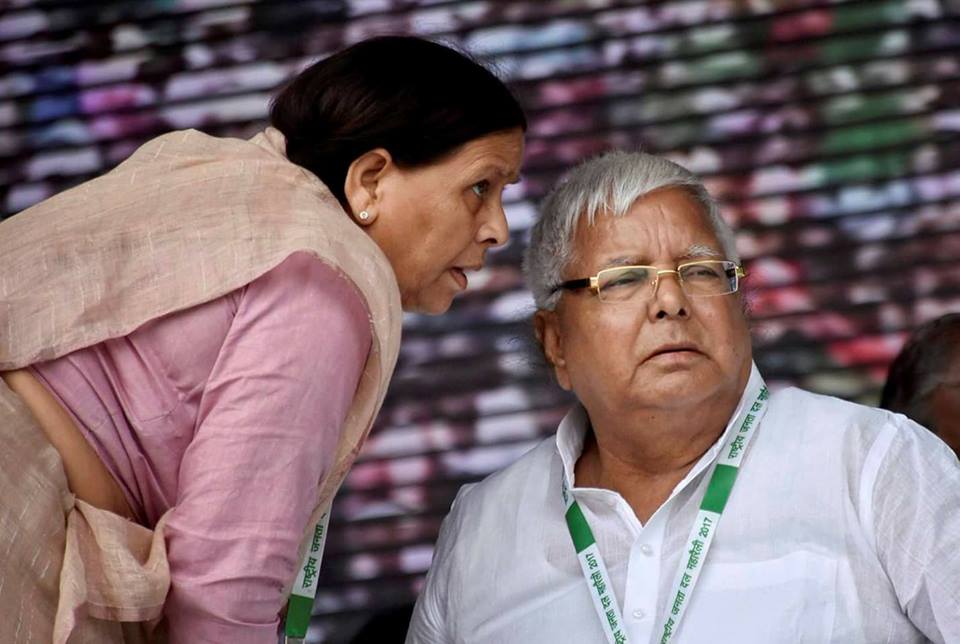 PATNA: Rashtriya Janata Dal (RJD) president Lalu Prasad and his family continue to face the heat of the various investigating agencies in the country, such as the Central Bureau of Investigation (CBI), Enforcement Directorate (ED) and the Income Tax (IT) Department.

What is strange the investigation against the RJD chief who is the main challenger to the NDA has picked up momentum ahead of the next Lok Sabha polls due in 2019 but experts say the date could be advanced if elections for both the LS and the state assemblies were held together as the BJP has been demanding.

So, is the move is aimed at gaining political advantage over RJD? This is the billion dollar question being debated in the political circles given the fact that the investigation by the CBI into even more grave Srijan scam is not of the same level.

In a fresh development, the IT Department has confiscated three landed properties of Prasad’s wife Rabri Devi and his daughter Hema Yadav in Patna.

Authorities say all the three seized plots measuring 17.5 dismal were allegedly donated by Prasad’s domestic helps three years back in 2014.

The seizure comes barely hours after both RJD president Prasad and his son Tejashwi Yadav, former deputy chief minister of Bihar, were questioned by the CBI in the land-for-railway hotels scam.

The scam had reportedly taken place while Prasad served as the federal railway minister in the previous United Progressive Alliance-I government.

Only last month, the ED had confiscated the Delhi farmhouse of RJD MP Misa Bharti in the multi-billion money laundering case. Bharti is the eldest daughter of RJD president.

The said property was apparently purchased in the year 2008-2009 using Rs 120 crore involved in money-laundering, according to investigating agencies.

Authorities said the land upon which the petrol pump was opened has been registered in the name of his younger brother Tejashwi Yadav.

What has raised questions over these actions against the RJD family is the way the same zeal is not being shown by the CBI in the multi-billion Srijan scam in which many political bigwigs are alleged to be involved as the RJD leaders allege.

The investigating agency also did not show much interest in investigating as to how did Rs1.14 crore reach the house of the BJP minister in the Narendra Modi government Giriraj Singh, which was later stolen by thieves in July 2014.

Although the stolen cash was promptly recovered by the police, it still remains a mystery as to how such a huge cash reached his home.