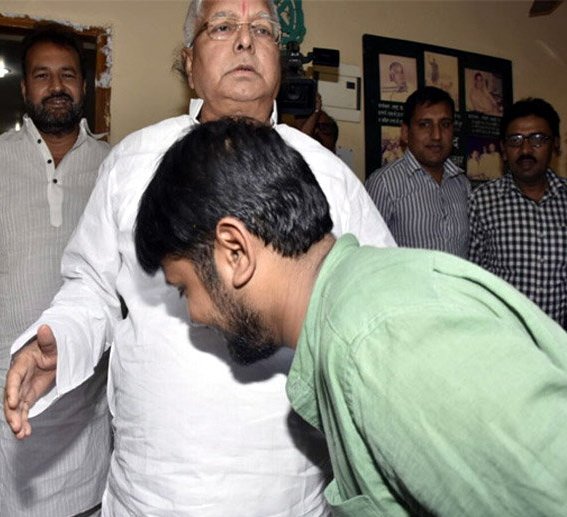 PATNA: Nothing could have been more embarrassing than this one for Bihar chief minister Nitish Kumar.

Even as Bihar rolled out red carpet for him and accorded a VIP treatment to him much to everyone’s surprise, JNU student union leader Kanhaiya Kumar publicly questioned the liquor ban move of the chief minister, describing it as an infringement on one’s right to freedom.

“Prohibition looks right in the context of Bihar but this looks to be interfering into one’s right to freedom,” Kanhaiya told the media today.

He said the government should have properly evaluated the prohibition policy before bringing into force.

This was the first visit of Kanhaiya to Bihar since his release from jail last month after he was arrested on sedition charges in February this year in connection with an event on the campus against hanging of Parliament attack convict Afzal Guru during which anti-national slogans were allegedly raised.

However, the kind of treatment accorded to the student leader facing sedition charges baffled everyone.

The state administration had not only deputed to deputy superintendents of police (DySP) along with 100 cops in his security but also arranged ambulance and anti-riot vehicles in his carcade.

If that was not enough, senior JD-U leader and party spokesperson Neeraj Kumar himself rushed to the airport to receive him.

As Congress battles to ‘tame’ irrepressible Nitish, Paswan says there is no vacancy for PM in India