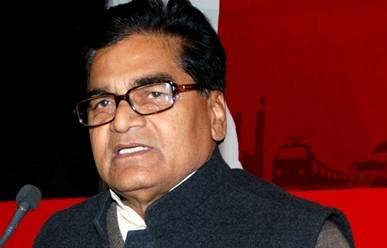 Lucknow: The seeming feud in Mulayam Singh Yadav’s family took a new dimension on Thursday as Samajwadi Party leader Ramgopal Yadav said the party leadership made a ‘mistake’ by removing Akhilesh Yadav as party’s UP President, and the differences that cropped up were the result of some “misunderstanding.”

He also scoffed at  rumours that Mulayam has called a meet of the party’s parliamentary board.