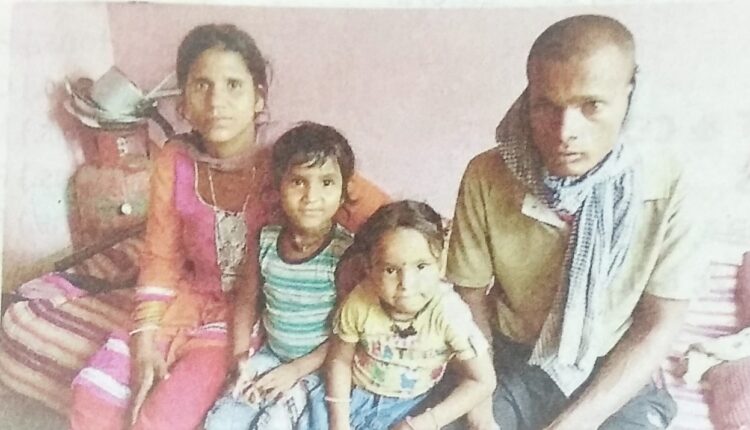 PATNA—A tweet by Bollywood actor Sonu Sood has finally provided the much-needed roof to a poor woman who was found sleeping on a deserted pavement in Patna with her two little children.

The poor woman Anju Devi who came to Patna from Varanasi a year back in search of livelihood with two little children had been staying on the pavement of Patna after she failed to catch train due to lockdown.

She had been lying on the pavement along with two children for the past 10 days when someone clicked the photograph of the hapless woman and tweeted to Sonua Sood.

Sonu responded by tweeting that “the family will get the shelter very soon”.

As his tweet went viral in the social media, local social activists came forward to help the woman in distress. On Tuesday, a local resident Amit Srivastava came searching for the woman and provided her shelter in his lodge.

Amit runs a lodge in Kankarbagh locality of the town. Other social activists have arranged for food for the family.

“The family can stay in my lodge as long as it wants,” Amit told the media on Wednesday.

Reports said the woman ran a roadside dhaba (hotel) to support her family but it got shut due to lockdown, leaving her family jobless.

Ultimately, she rushed to the Patna junction to catch to return her home by a train. After being told te train services had been suspended due to lockdown, she was returning from the station looking for some accommodation for her children when her bag containing clothes was stolen.

Since then the hapless woman had been sleeping on the footpath of Patna with her children.