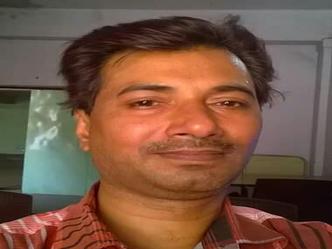 PATNA: Teenager Ashish Ranjan whose journalist father Rajedeo Ranjan was shot dead by criminals earlier this month has emerged as the second topper in his school in the grade 10 CBSE board exam result of which was declared yesterday.

Ashish who is a student of Siwan Central School scored 91.2 percent marks in the exam.

“I want to join defence job to fulfill the dream of my father,” the teenager told the media today.

Her mother Asha Devi who is a teacher in a government primary school just broke down after seeing the results of her son who did his entire family proud by his scintillating performance.

Sadly, his father was not around to celebrate his son’s performance.

Rajdeo, a bold and brave journalist working for prominent Hindi language daily Hindustan was shot dead by some motorcycle-borne criminals on May 13 in Siwan, triggering waves of protest across the globe.

The police have arrested the shooters involved the crime and sent them to jail. However, the conspirator of the crime still remains out of police reach.

Doctor arrested for drinking in Bihar