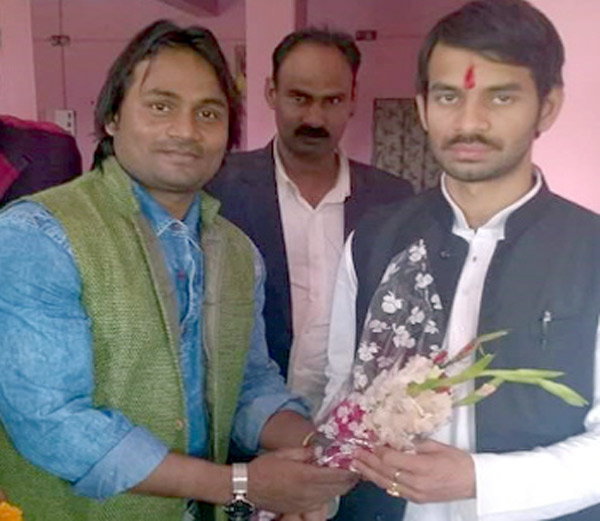 The apex court issued the notice today while hearing a petition filed by journalist’s widow Asha Ranjan, local media reported today. They have been asked to file their replies within two weeks, reports said.

The issuance of notice to Lalu’s son is said to be a major setback to Bihar chief minister Nitish Kumar who stays in power with the support of the RJD.

Yadav, elder son of RJD chief Prasad who has also been convicted in multi-million dollar fodder scam, is first-time minister in the Nitish Kumar government.

Yadav was issued notice for allegedly protecting Mohammad Kaif, alleged henchman of Shahabuddin who is being blamed by the victim family of hatching a conspiracy to kill the journalist.

Health minister was recently seen with the murder accused kaif in a photograph which has gone viral in the media.

Kaif was also recently seen with Shahabuddin who came out of jail on September 10 after the bail was granted by the Patna High Court.