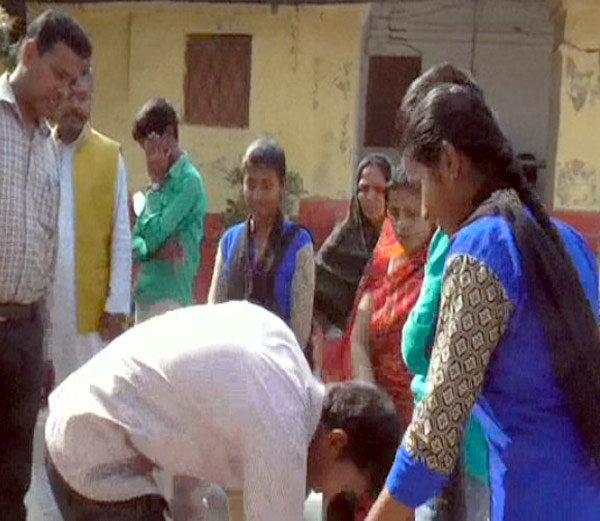 PATNA: Eve-teasing is a bad habit. A boy from Bihar learnt it the very hard way on Wednesday when two sisters badly thrashed him in pubic, irked at his daily comments made at them. The incident took place at Lalganj in Muzaffarpur district.

Reports said Kundan Kumar, a student, would routinely pass lewd comments at two sisters while they went to the college. He would appear before them, stop their way and pass obscene comments at them. He had been doing so for the past six months but on Wednesday, their patience ran out.

In a fit of rage, the sisters caught him by collar and began beating him with sandals and fists as he kept begging for mercy. Soon a large crowd of passersby which gathered on the spot, handed the offender to the local Lalganj police.

The girls too followed the boy to the police station but refused to register a case against him saying his career would be spoiled. The cops at the police station asked the boy to apologize for his act by touching the girls’ feet which he instantly did. Subsequently, he was let off by the police with the promise that he would not indulge in such acts in future.

“He is a naïve and doesn’t know how his life will get spoiled on account of legal wrangling,” the girls who are Bachelor of Commerce (Part-I) students told the police. The girls identified as Komal Jha and Kanchan Jha are daughters of Vivekanand Jha, a resident of Jatkauli village in the same district.

Similar incident was reported from central Bihar’s Jehanabad district in January this year when a Grade seven girl student enrolled in a local private school showered endless sandal blows on a habitual eve-teaser and forced him to lick his own spit to allow him go free. The victim was quite fed up at the youth routinely following her on his cycle and passing obscene comments on her on way to school. The accused was one class senior to the girl.

Just wait to see dancing peacocks on the streets of Patna!