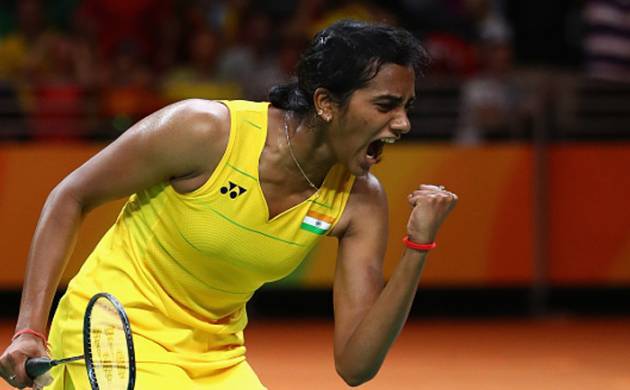 She beat world champion Nozomi Okuhara of Japan in the finale to clinch the women’s singles title at the Korea Open Superseries on Sunday.

Sindhu, who is an Olympic silver medalist too made history by becoming the first Indian to win the Korea Open.

“Congratulations to P V Sindhu on emerging victorious in the Korea Open Super Series. India is immensely proud of her accomplishment,” the PM said.

Cricketer Sachin Tendulkar also joined the rest of the nation in congratulating Sindhu for winning the title. .

“You tried, you failed, you believed & in the end you are an inspiration for the nation! A victory like none other. Congrats, @Pvsindhu1!” Tendulkar tweeted:

Another former Indian cricketer Virdender Sehwag called her a legend.

“At 22 Pusarla Venkata Sindhu is a legend. What a player ! Congratulations on this stunning finals win.Most breathtaking badminton @Pvsindhu1,” Sehwag said.

Union Sports Minister Rajyavardhan Singh Rathore congratulated the player and tweeted: “What a brilliant game by @PVSindhu1! Congrats on winning #KoreaSS! India is proud of you! May the victories never stop coming!”

Former player VVS Laxman posted: “#SindhuVsOkuhara is turning out to be 1 of the great sporting rivalries.Many congrats to @Pvsindhu1 for an exceptional victory in the finals.”

Boxer Vijender Singh said: “She Believed She Could,So She Did. Congrats @Pvsindhu1 First Indian To Win #KoreaOpen India Is Proud Of You #PVSindhu #Okuhara.”