Shoe thrown at Rahul during road show in UP, accused arrested 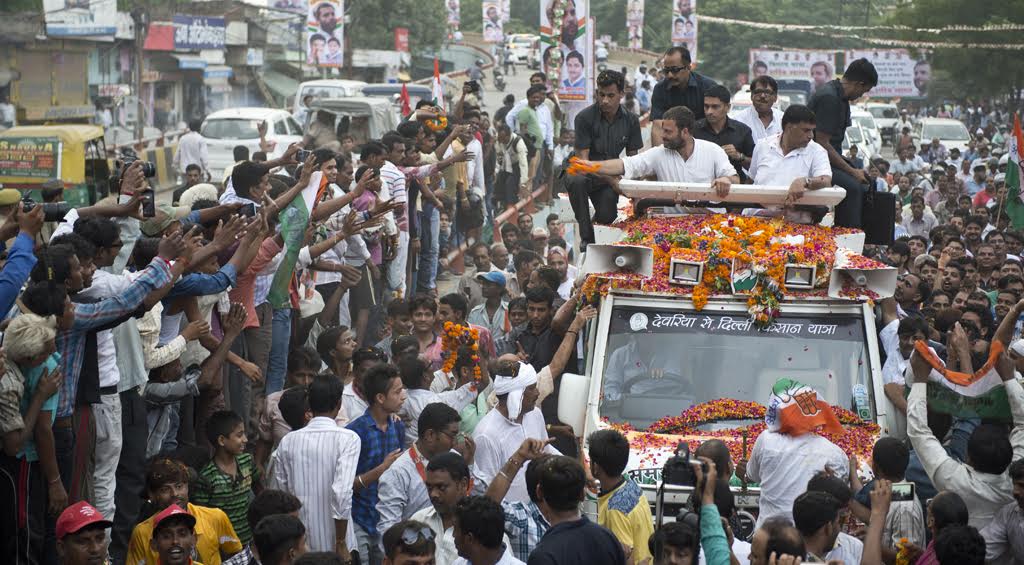 Sitapur, Uttar Pradesh: Congress Vice-President Rahul Gandhi faced a hostile crowd during his roads show programme here today when a shoe was thrown at him although it narrowly missed the target, reports said.

The police have arrested a man accused of hurling the shoe at him.

Gandhi was addressing the crowd standing atop a vehicle at Sitapur, 85 km off Lucknow, when the shoe came flying and landed close to him.

The Congress leader, however, seems to be unfazed. He blamed the BJP as well as RSS for the shoe attack.

“The BJP and the RSS people think that they will throw shoe at me and I will stop thinking about farmers. I am not going to move from my position,” Office of RG tweeted.

“I am not afraid of your shoes and anger,” read another twee

The arrested Anoop Mishra told the police he threw the shoe in protest against “Congress misrule”. The man claims he is a journalist.

Gandhi is on a month-long visit to the poll-bound Uttar Pradesh, launching 2500-km-long “Kisan Yatra” to connect with farmers in the state before the upcoming Assembly elections.