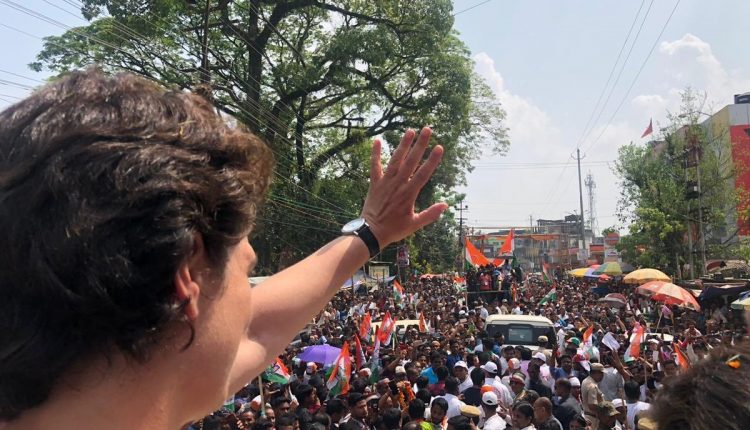 Priyanka accused Irani of insulting people of Amethi, from where Congress president Rahul Gandhi is contesting the Lok Sabha polls.

“The people of Amethi and Raebareli have never begged. Whoever is insulting you, you have to give it back to them,” Priyanka was quoted as saying by NDTV.

In the 2014 Lok Sabha polls, Rahul, who is also Priyanka’s brother, had defeated Irani in Amethi.

Irani hit back by saying, “I was an actor, it is better if Priyanka doesn’t do acting. The poor people didn’t have footwear. She should go and visit Hariharpur, but she’d first have to ask the missing lawmaker where exactly Hariharpur is.”

Apart from Amethi, Rahul this time is also contesting from Kerala’s Wayanad.

The Congress chief’s decision had drawn strong criticism from Left, which rules Kerala, and earned dig from the BJP.

Irani had said Rahul betrayed the people of Amethi and fled to Wayanad.