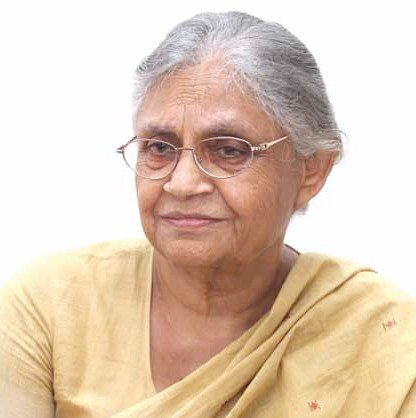 New Delhi: Days after Rahul Gandhi accused Prime Minister Narendra Modi of corruption linked to the “Sahara diaries,” the Congress was in for an embarrassment having to suffer a “self goal” as party leader and  former Delhi Chief Minister Sheila Dikshit rubbished the documents.

Ironically, Dikshit’s name also figures in the list that the Congress has come forward with its proof of Rahul Gandhi’s allegations against PM Modi.

“It is all hearsay. There is no iota of truth in the allegations. I totally reject these allegations,” the veteran leader said.

Dikshit is being projected at the Congress party’s chief ministerial candidate for the Uttar Pradesh elections.

The leader also said the Supreme Court had already declared that the allegations had no merits.

BJP leaders had also made the same point while rejecting the allegation against PM Modi.

“The list has so many names. Then why are you focusing on Sheila Dikshit? I don’t even remember anything like this. There are names of other chief ministers. Why don’t you talk about them? Why only Sheila Dikshit?” she said.

Last week, Gandhi alleged that Modi, had taken money from the Sahara and Birla groups when he was Gujarat Chief Minister.

The BJP, however, vehemently denied the charge.