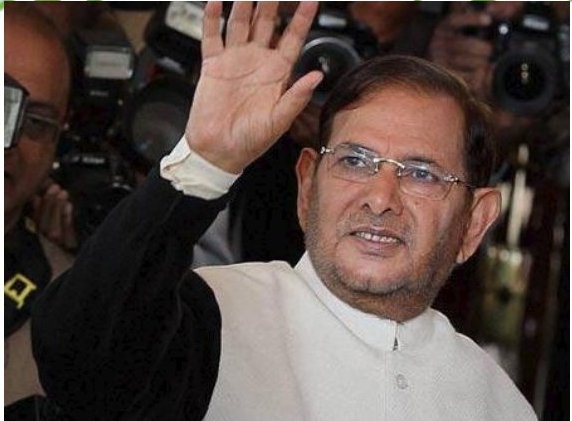 PATNA: Former JDU president Sharad Yadav will hold a Mahapanchayat at a village in Bihar where chief minister Nitish Kumar was greeted with brickbats earlier this month.

Yadav who was disqualified as JD-U’s Rajya Sabha Member will hold the meeting at Nandan village in Buxur district on January 31.

The meeting has been planned to protest arrest of Dalit villagers by the state administration.

“Democracy is run by holding dialogues with the masses, not by firing bullets on them,” said Arjun Rai, a close aide of Yadav.

He condemned the “midnight arrest” of Dalit villagers in the aftermath of attack on convoy of the chief minister.

Kumar’s convoy was attacked by a group of villagers while he had gone to hold meeting at the village earlier this month.

The villagers were angry at the neglect of their village by the government while the other villages in the vicinity was being developed, and wanted the chief minister to visit their village and see for himself the neglect.

But as the chief minister’s carcade moved ahead, the angry villagers later attacked his convoy, damaging many cars and wounding some cops.

In the aftermath of the attack, the police launched a massive crackdown on villagers, arresting dozens of them at odd hours and registering case against over 1,000 unidentified villagers, media reports said.