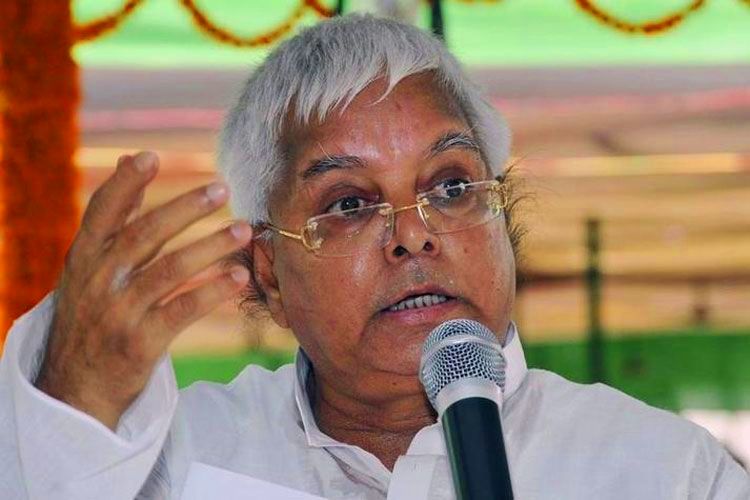 PATNA: RJD president Lalu Prasad is set to pay the price for his “silence” over jailing of his party colleague Mohammad Shahabuddin.

A meeting of the Shahabudidn Mukti Aandolan held in Gopalganj on Saturday has passed a resolution for “expelling” Prasad from the RJD as quickly as possible.

Leaders attending the meet accused Prasad of hatching a conspiracy with chief minister Nitish Kumar to cancel Shahabuddin’s bail and send him back to jail alarmed at former popularity.

The meeting expressed serious concern over the fast-shrinking vote bank of the RJD and sought for immediate expulsion of Prasad to save the party from existential crisis.

“The RJD is not the fiefdom of any leader; any organisation runs with the support of all. Lalu Prasad has sent Shahabuddin to jail under a serious conspiracy. If he is not expelled from the RJD, it is set to face serious consequences in the next polls,” said Mohammad Hasib, one of the persons attending the meeting.

Another leader Mohmmad Mehtab was quoted as saying in a local media that both Lalu Prasad and Nitish Kumar got alarmed over huge support to Shahabuddin and got him sent back to jail.

“But they must understand the Muslim community has accepted Shahabudin as their leader,” Mehtab said.

Shahabuddin was sent back to jail on September 30 after his bail was cancelled by the Supreme Court following an appeal made by the Bihar government.

He was sent back to jail barely 20 days after he was granted bail by the Patna High Court. He had come out of jail after 11 years.