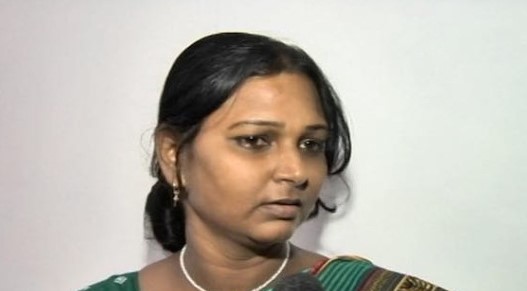 PATNA: The family of Rajdeo Ranjan, a senior journalist from Siwan killed in cold blood by criminals, has feared threats to their lives and sought adequate security from the government hours after RJD leader Mohammad Shahabuddin was released from jail today.

A panic-struck Asha Devi, widow of Ranjan, has even sought appointment with Prime Minister Narendra Modi over the issue.

A couple of days, she had called on Union home minister Rajnath Singh and requested for a CBI inquiry into the case to let the truth out.

Her apprehension is that the evidence of her husband’s murder case could be tampered with or destroyed after Shahabudidn’s release from the jail.

Devi who is a teacher in a government school is peeved at the way the CBI inquiry is yet to begin in her husband’s murder case.

“I don’t want to live in panic; rather I will bravely take on Shahabuddin,” she told the media today.

Shahabuddi’s name had cropped up in the murder of Ranjan although the investigating agencies have not established the charge.

She alleged the state government as well the entire local district administration was openly helping Shahabuddin.

“Now, I have lost hope in the Nitish Kumar government,” she said alleging the state government’s recommendation for a CBI probe into the matter was just an “eyewash”.

Ranjan, the Siwan district bureau chief of prominent Hindi daily Hindustan, was shot dead by motorcycle-borne criminals in May this year while he was returning to his residence in the evening after the office work was over.

Police have arrested all the criminals who were involved in the murder case but the family says the ‘conspirator’ of the case is someone else.

‘Jab Tak’ from ‘M.S Dhoni- The Untold Story’ is an ode to Saakshi-Dhoni love saga

‘Nitish not a mass leader’: Why does JD-U overreact over Shahabuddin’s remark?