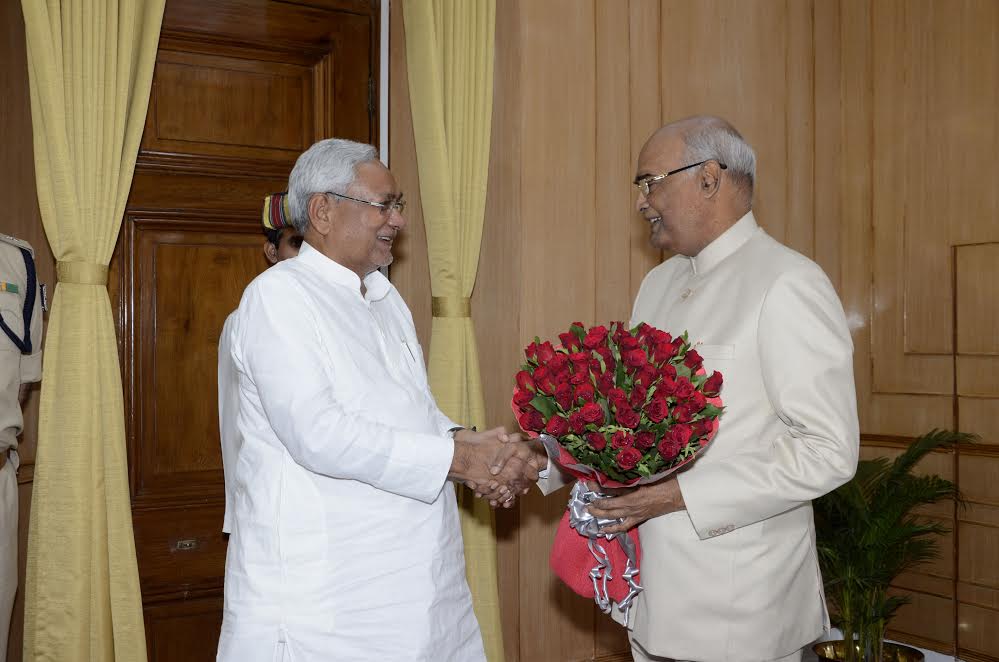 PATNA: The JD-U has almost “decided” to support NDA Presidential candidate Ram Nath Kovind who earlier served as the Governor of Bihar, according to media reports .

Although the party is yet to make a formal announcement to this effect, one of the legislators Ratnesh Sada told the media today that the JD-U will be supporting the NDA candidate.

“First, he (Kovind) is a Governor of Bihar who was declared as NDA Presidential candidate and secondly, he is a nice man. We will support him,” Sada told the media today.

The move is being considered a major setback to the opposition unity with both its alliance partners, the Congress and the RJD, planning to oppose to NDA nominee.

The JD-U which is headed by chief minister Nitish Kumar is holding meeting with party leaders and legislators, seeking their opinions about supporting Kovind.

Reports said party leaders have authorized their president to take a decision in this regard.

Presidential polls: BJP splits ruling Bihar alliance, gets Nitish to its side