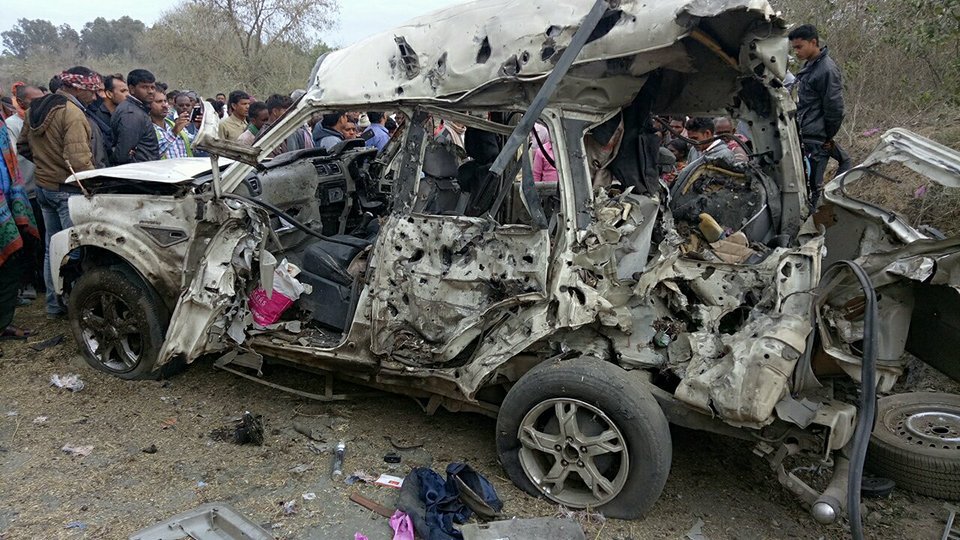 PATNA: A senior Congress leader was killed in a bomb blast in Jharkhand this evening.

The victim identified as Shankar Yadav was the president of Koderma District Congress Committee.

The Congress leader was traveling on his car when a vehicle laden with explosives exploded just when his car passed.

The blast was so powerful that his car was blown into smithereens. His bodyguard and drivers were also critically injured in the blast.

Senior officials have rushed to the spot and are investigating the case.

Last year as well, Yadav had survived a major attack.

Image caption: The ill-fated car which was badly damaged in the bomb explosion