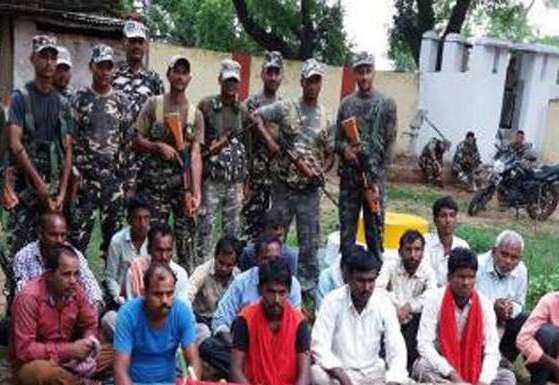 PATNA: Security forces in Bihar have arrested as many as 16 Maoists while they were planning for a meeting.

All the rebels were arrested from Kalyanpur village in Jamui district on Saturday. The arrested rebels are aged between 15 and 50 years.

As per reports, the security forces were patrolling in the areas when they came across a group of people carrying red flags in hands.

The forces asked them to stop but they fled. Subsequently, the cops gave them a hot chase and apprehended all of them

The police personnel also seized indiscriminate materials, such as red flags, red cloth, a sword with cover, mobile phones and motorbikes from the suspected Maoists.

Earlier this week, the rebels issued “death” threat to a judge who handed out death sentence to five Maoists for killing a senior forest official 15 years back.