Scourge of unemployment: Over 500,000 apply for sweepers’ jobs in India 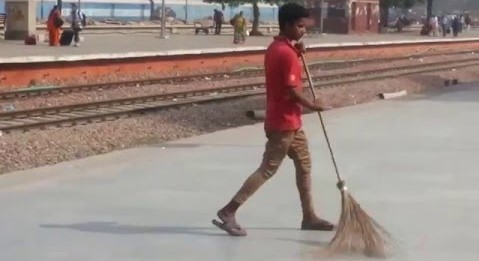 More than 500,000 candidates, quite many of them highly qualified, have applied for a little over 3,000 posts of sweepers in the northern Indian state of Uttar Pradesh, indicating the level of growing unemployment in India.

Authorities said quite many of the applicants applying for the post of sweepers were post graduates, graduates, MBAs and B Techs.

Strangely, no educational qualifications are required for the post which promises to pay a monthly salary of only Rs 17,000.

The recruitment is to be done on contractual basis.

“The process of screening the forms and uploading those onto database is on. It is a surprising fact that highly qualified candidates such as MBAs and BTechs are ready to work as sweepers at a salary of Rs17,000 per month,”, a Kanpur Municipal Corporation official Suresh Yadav was quoted as saying in Gulf News today.

Earlier in September last year, more than 2.3 million candidates had applied for only 368 posts of peons in the UP State Assembly secretariat.

Of the total candidates applying for the posts, 255 had doctorates in engineering, commerce and science while around 25,000 had master’s degrees.