Scapegoat? Why BJP isolates Chirag Paswan in time of crisis 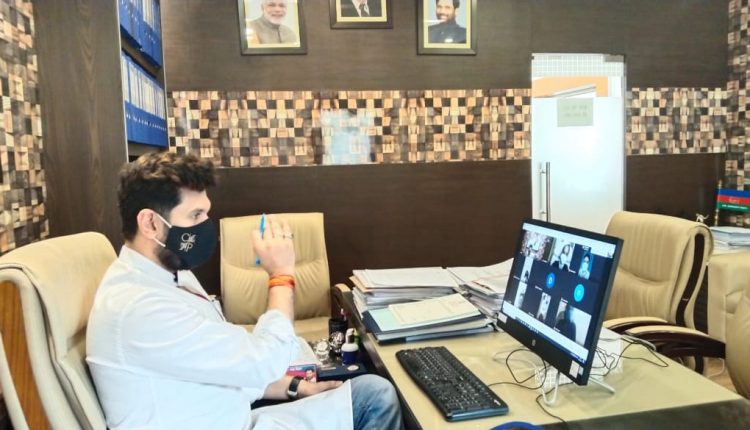 PATNA—If the BJP today is number One party in Bihar NDA in matters of numerical strength, the entire credit for this straightway goes to now embattled Lok Janshakti Party (LJP) president Chirag Paswan who decided to contest against chief minister Nitish Kumar’s JD-U.

Strangely, the BJP leadership has been mysteriously silent now that Chirag requires its support, at least the moral backing, when five of his six party MPs have rebelled against him, removed him as LJP leader in the Lok Sabha and also moved ahead to hijack the party organization.

For the past 15 years, the BJP has remained as the “junior partner” of the JD-U which literally dictated terms to its ally and just never allowed it dominate over it.

A crude example of this was on display in 2010 when the chief minister Nitish Kumar cancelled the dinner organized in honour of the visiting BJP leaders in Patna just when the party issued ads in the media showing Nitish shaking hands with Narendra Modi, then Gujarat chief minister.

An angry Nitish even returned Rs5 crore cheque to Modi who donated it for 2008 Kosi flood victims yet the BJP remained silent. That explains the BJP’s compulsions not to annoy Nitish at any cost.

The BJP remained junior ally of the JD-U in matter of number as well in the past 15 years. The last time the BJP had won more seats than the JD-U was during 2000 assembly polls when it won 67 seats against JD-U’s only 21.

The BJP continued to be the junior ally in 2010 state polls again—BJP winning 91 seats against JD-U’s 115 while in 2015 assembly polls, the Nitish contested the elections in alliance with the RJD.

Although he won less number of seats—71 against RJD’s 80, yet he managed to become the chief minister. The BJP on its part could win only 53.

For the first time in 20 years, the BJP emerged as the single largest party in Bihar NDA winning 74 seats against only 43 bagged by the JD-U which was relegated to the third slot.

This happened only because Chirag had fielded candidates against the JD-U which split the NDA votes. At every election rally, the JD-U continued attacking the LJP, reminding the voters that it was not a part of the NDA but the Prime Minister remained mysteriously silent.

At none of his party rally, he told the crowd that the LJP was not a part of the NDA. He only told the voters the name of parties which were contesting under NDA alliance which ultimately increased the confusion among NDA voters and helped the BJP win maximum number of seats in the NDA.

The BJP, however, is silent when Chirag needs its support and is now fighting obviously the toughest battle of his political career to stay afloat. The only comment coming from the BJP at this time is that this is the “internal” matter of the LJP.

“This (split) is the internal matter of the LJP and we have nothing to do with it,” comment just every BJP leaders including state BJP president Sanjay Jaiswal.

So, why has been the BJP silent? Inside story is that the BJP is fully dependent on Nitish to stay in power in Bihar and it doesn’t want to lose power in the state by annoying the chief minister.

So far the BJP had looked supporting Chirag who was not expelled from the NDA despite repeated demands from the JD-U but now the saffron camp doesn’t look in a position to come to the rescue of Chirag, that to the fear of Nitish switching his loyalty.

The BJP remained silent even while the JD-U went on increasing its tally by inducting LJP members and independents.

“It’s an open secret that Chirag went alone on the instructions of the BJP but now he finds completely isolated. There is not a word of sympathy for him. This is very distressing,” commented a political expert.