SC ruling on teachers: How much it will impact NDA poll prospects in Bihar?

By Madhulata Chaurasia Last updated May 11, 2019 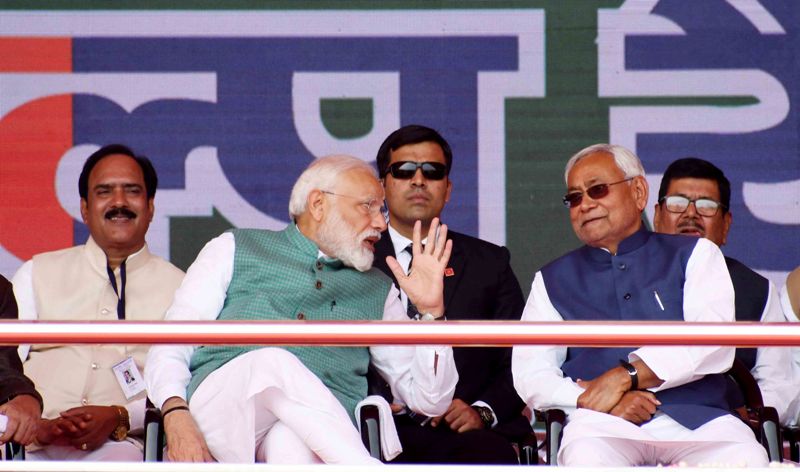 PATNA: In a huge setback to the some 400,000 school teachers appointed on contractual basis by the Nitish Kumar government in Bihar, the Supreme Court has refused to regularise them.

But that happened only after the Nitish Kumar government moved the Apex court challenging the Patna High Court’s order which had ruled the contractual teachers were entitled for getting “equal salary for equal work” at par with the regular teachers appointed in government schools.

Now, the question being hotly debated in the political circles is that how much the SC ruling will impact the poll prospects of the National Democratic Alliance (NDA) in Bihar? The NDA comprises the BJP, JD-U and LJP.

Experts say that it will have significant impact on the NDA’s poll prospects now with polling in 16 Lok Sabha seat of Bihar which comes to 40 percent of state’s total LS seats, are still left. What is significant is that all the 16 seats are held by the NDA allies. Bihar has a total of 40 LS seats.

They say the ruling has extremely angered the teaching community who had been fighting for legal battles for long seeking “equal pay for equal work” and that is bound queer NDA pitch.

“Timing of the SC ruling is very significant. It will directly impact the fate of the NDA since the teachers blame it on Nitish Kumar government for challenging the Patna High Court order in the Supreme Court,” explain political experts.

Prior to that, the Nitish Kumar government had launched repressive actions against them after which they went on state-wide strike, it is said.

A new twist in the whole development is that the main opposition Rashtriya Janaat Dal (RJD) has promised to look into the problems of these teachers should it comes to power in the state.

“Nitish-Modi has billions of rupees to spend on capitalist and industrialists but has no money to pay the teachers who shape the future of students,” commented RJD lawmaker Tejashwi Yadav.

He alleged the poor contractual teachers lost the case in top court as both Nitish Kumar and Narendra Modi connived to ensure their defeat.

“Nitish Kumar moved the Supreme Court to challenge the lower court’s order while Narendra Modi government lent him legal help to dismiss the case of teachers. Both have cheated the poor teachers. What can be more shameful than this?” asked Tejashwi.

Happiness had come in the life of the protesting teachers in October 2017 when the Patna High Court in a landmark judgment had ruled that thousands of teachers appointed on contractual basis were entitled for getting salary at par with the regular teachers appointed in government schools.

The judgment came as a huge relief to around 4 lakh teachers who were appointed on contractual basis by the Nitish Kumar government but the state government moved the Supreme Court against the lower court’s order. The SC after long hearing finally set aside the judgment of the Patna High Court on Friday, thus robbing off joy from their life.

The contractual teachers were appointed by the Nitish Kumar government initially on a monthly salary of Rs 5,000, Rs 7,000 and Rs 9,000 but later the government regularized their services following strong protests from teachers.