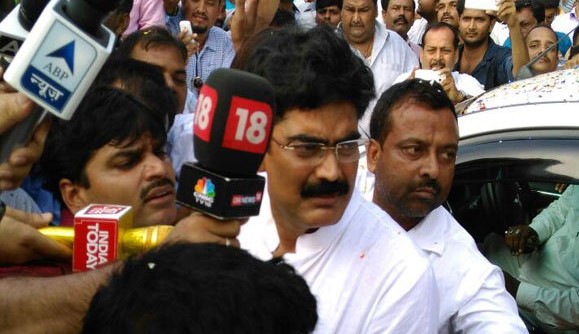 PATNA: The Supreme Court today deferred hearing on a petition seeking cancellation of bail granted to controversial RJD politician Mohammad Shahabuddin after the latter sought for more time to file his reply.

Now the matter will be heard on Wednesday (September 28), media reports said. The apex court had on Monday last asked Shahabuddin to file by his reply by today.

Reports said the court also pulled up the Bihar state government for showing urgency to cancel the bail granted by the Patna High Court stating the same should been shown before.

Lawyer Prashant Bhushan told the court Shahabuddin has 45 cases pending against him of which he has been convicted in 10 cases. Bhushan described Shahabuddin as a “threat to society”, reports said.

Yesterday, the Bihar government in a sudden development had changed its lawyer hours before the Supreme Court was to hear a petition challenging Shahabuddin’s bail.