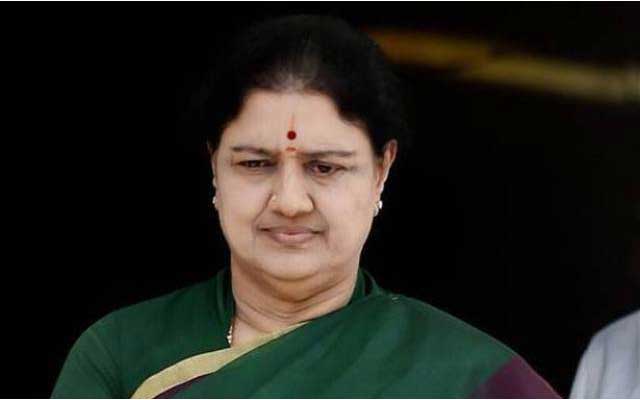 Bengaluru: The AIADMK’s former general secretary, VK Sasikala, who has been convicted in a disproportionate assets case, returned to the Bengaluru jail after a five-day parole on Thursday, media reports said.

Sasikala was granted the parole and allowed to meet her ailing husband in Chennai.

She has been imprisoned for four years in the disproportionate assets case.

The power tussle in the AIADMK began when VK Sasikala, who became the interim AIADMK general secretary after Jayalalitha’s death, expressed her ambition to become the CM of the state.