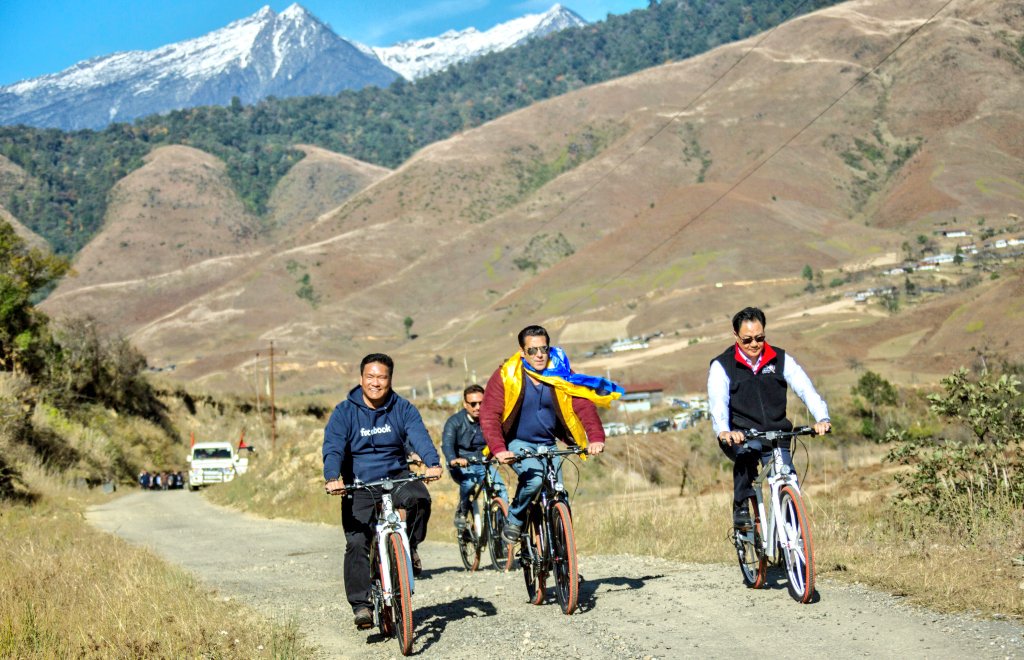 Shillong: Bollywood actor and Arunachal Pradesh Tourism Ambassador Salman Khan surely had some fun moments when he joined Minister of State (MoS) for Home Affairs Kiren Rijiju in cycling on the roads of the scenic hilly state on Thursday.

Images of his cycle ride were shared online by Rijiju. Khan and Rijiju could be seen cycling together in the images.

Khan went to the state to launch the Mechuka Adventure Festival. The festival kick-started from Thursday.

Rijiju tweeted: “People of Arunachal Pradesh will be forever indebted to @BeingSalmanKhan for promoting the State as a destination for adventure tourism. People showered him all the love & affection at Menchuka today.”

In one of the images, Khan could be seen wearing the state’s traditional Monpa jacket.

How to run an election campaign successfully in village areas

Dengue claims life of another doctor in Bihar, total cases mount to over 1,200